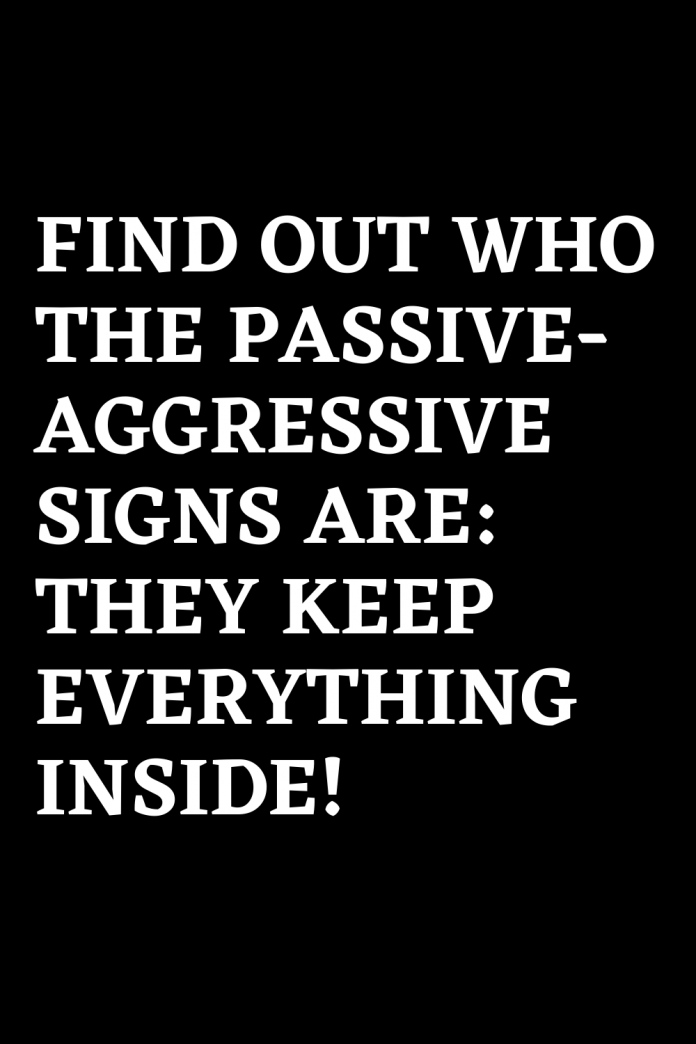 Are you one of the passive-aggressive zodiac signs? We know very well that you will answer no even if you are first in the standings!

How many times have you dealt with a person who, no matter what he said about his feelings, ended up trying to manipulate you and make you feel guilty?
If the answer is “many” then we are sorry for you: you are dealing with someone who is truly passive-aggressive!

Since the risk of dealing with someone like this is high (and it is not always easy to understand the mechanisms behind us), we thought of asking stars and planets to give us a ranking of the most emotionally inconsistent signs. Are you ready to find out if your sign (or that of someone you love) is in the top five?

Orally they tell you one thing but inside they think another: even if it is quite simplistic, we can say that passive aggressor, in life, almost always behave well or badly like this.
Instead of talking about their emotions, they bottle them up and that’s where the trouble begins!

A true passive-aggressive keeps all his considerations to himself always making the best of a bad situation. Too bad, however, that often and willingly this attitude does not help anyone and, indeed, puts all the people around him in crisis!

Today we thought of asking stars and planets which are the passive-aggressive zodiac signs and we have compiled a ranking of five signs.
Let’s check it together and hopefully we won’t find your sign in the top positions!

Accustomed as they are to working (and even hard) for themselves and others, those born under the sign of Aquarius can be quite passive-aggressive.
They will never tell you what they think at least until the moment of the explosion: and what a blast!

Aquarius are people who cannot help but “hold back” their feelings, in the name of an unspecified common good.
They bottle up feelings but often end up doing more damage than they would if they talked directly about what they feel!

Sensitive and kind, this is true, but also manipulative and passive-aggressive! Who are we talking about? But of those born under the sign of Pisces, what questions!
Having a confrontation with Pisces is practically impossible: those born under this sign are people who never say what they feel!

Dear Cancerian friends, we place you in third place in our ranking of the most passive-aggressive zodiac signs of the horoscope for one simple reason.
There are at least two other signs much more passive-aggressive than you! This does not mean, however, that you are a little bit … quite the opposite!

Those born under the sign of Cancer are a person capable of manipulating others in a truly acute way.
Empaths as they are, in fact, always know what to say to make you feel bad even when they assure you in a loud voice that you have not done anything wrong. They are capable of really doing everything to achieve their goal: better keep an eye on them!

Yes, dear friends of Taurus, you have earned a place in the ranking of passive-aggressive zodiac signs and not a small place!
Accustomed as you are to judging and ” correcting ” others, you learned right away that being direct creates many problems for you.

The Taurus know very well that they must find a way to ” circumvent ” others and make them aware of their feelings. They certainly won’t do the obvious thing and that is to say how they feel!
Ford Taurus it is important to have an advantage of some kind over others: they just try to throw you in already, smiling all the time!

Anyone who has a Taurus friend knows it: dealing with them can be extremely tiring from an emotional point of view. The reason is only one: Taurus is so passive-aggressive that it is impossible to always know what they think unless they have decided to explode and make you a very loud scene!

And no, dear Libra, it is not the case to make that surprised face: you know very well that you are the most passive-aggressive zodiac sign in the horoscope and it’s time to recognize it! After all, you are the first to suffer from this attitude of yours: it’s time to break the circle and try to get out of it!

Those born under the sign of Libra are often people who pay little attention to their feelings, in favor of an unspecified social situation.
They are interested in always being seen smiling and enthusiastic, they don’t want to think even if they don’t like someone!
This leads Libras to experience a situation that is often decidedly terrible: they attack people they ” hate ” without even realizing they are doing it … or doing it in a decidedly devious way!

Libras never lack the malicious comment or the perfect consideration to let you know what they think of you. If you ask them, however, they will deny that they find you unpleasant or that they are angry with you: it is useless to fight, Libra is truly the most passive-aggressive sign of the zodiac!