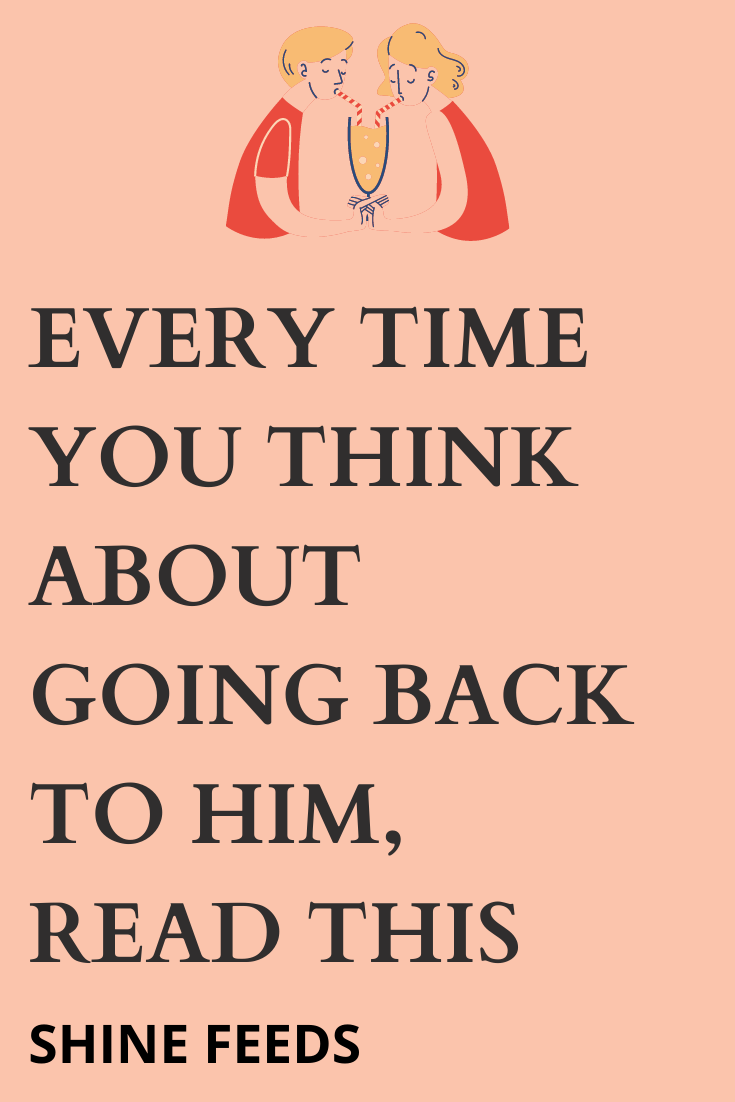 I know it’s hard for you to shut him out of your life, from your head, from your heart. I know you go to bed at night, all alone, fighting with your thoughts, staring at the empty, cold walls.

I know that you were around him for so long and you know nothing else. I know you think he gives you security when actually he makes you anxious.

You can’t stop rewinding in your mind everything you’ve been through, in the hope that you’ll find the situation where everything went wrong.

There is an eternal fight inside you because one part of you knows it’s best for you to forget him and move on, but the other part is still hooked on to him.

That small part of you is scared and it holds you back. It keeps you running around in circles and getting hurt every single time.

I know you are dying to find out when the love disappeared. Where did it all go wrong? Why did it all become so messy and complicated?

Stop stalking him. Stop calling his number and putting your phone down in panic after you realize what you were about to do.

Stop looking at his profile to see where he’s at and who he is with. That won’t make it any easier.

It will only make you feel worse. It will make you want him back even more.

You know why you left. You left because he wasn’t the same man you fell in love with. You know that, so don’t go back to him.

You can’t turn back time and relive the moments when the two of you were in love, when he cared about you, when he loved you. Those times are gone and nothing will bring them back.

He is not the man he used to be. He changed.

You don’t have to know why or when he changed, you just have to understand that he changed and nothing will bring him back.

Erase him from your memories because you’re only hurting yourself. He doesn’t care about you and even if you go back to him, he will hurt you again because he still won’t care.

Sometimes you dream of changing him and making him see that his behavior is wrong, that he acts like a total jerk. That is what gives you hope and pushes you to get back to him.

But you have to realize that you can’t change him, you can’t help him. He is the only one who has the power to do that and if he doesn’t want to or doesn’t get that he needs help, there is no point in staying.

When you were together and when things started to change, do you remember how you felt? Do you remember that you were the one who was responsible for everything bad that happened?

You tried so hard to look past all the dumb things he had done, but somehow it all came backfiring at you.

You remember that you had beautiful moments together when you forgot about everything that was going on.

You really thought your relationship got its old spark back, you thought that it had only been a rough patch and you thanked God for that because you loved him.

Well, that bubble was burst in a second because his behavior changed out of nowhere. He went crazy for no reason. He created fights out of nothing.

You don’t even remember how it all happened, how you found yourself in the situation where you felt like a piece of sh*t, unworthy of living.

How did you get yourself into the situation where he was yelling his brains out to you?

How was it possible to hop from one moment of complete happiness to what feels like an eternity of utter sadness?

Every time you wish to get back to him, remember that you were the person he took his frustrations out on.

Remember that his anger and rage were projected onto you and afterward, he was feeling better and you felt like crap. Do you really want to go through all that again?

He doesn’t deserve you and he never did.

At the beginning, he was sweet, he cared for you. He called just to say he loved you, but then all of that disappeared, like someone turned off a switch.

He became someone you no longer recognized. He wasn’t your person anymore, he was just a person.

You wanted to get out then, but it was like he knew you were about to leave him so he would switch back to the good old days and become the person you fell in love with, just to keep you, to emotionally blackmail you, to make you feel too guilty to leave him.

And when you decided to stay, everything would be the same, so he would stop caring, and he would ignore you and treat you like you didn’t even exist.

Once again you were left degraded and hurt. All alone in a relationship with a man who had turned into a complete monster.

I know you were scared to move on. I know it was unbelievably hard for you to leave him because he was all you had known for quite some time.

You doubted yourself because you thought you wouldn’t it make a day without him. But you were wrong. You found that strength and you left. That was the best thing you could have ever done.

Don’t ruin it by going back. There will always be hard days when you don’t want to get out of bed.

There will be days when you won’t be able to look yourself in the mirror.

There will be days when you will want to get back to him. Don’t, just don’t. You’re better off alone.

Just think of the pain and misery he caused you and remember that nothing can be worse than that.

Don’t go back to him because you deserve so much more than him. You’re so much stronger and more beautiful when he isn’t around.

You shine bright when you are away from him, so please don’t go back to him.

You know that this has to end sometime. Let it be this time. Don’t go back to him.

The kind of ex he will be according to his zodiac...