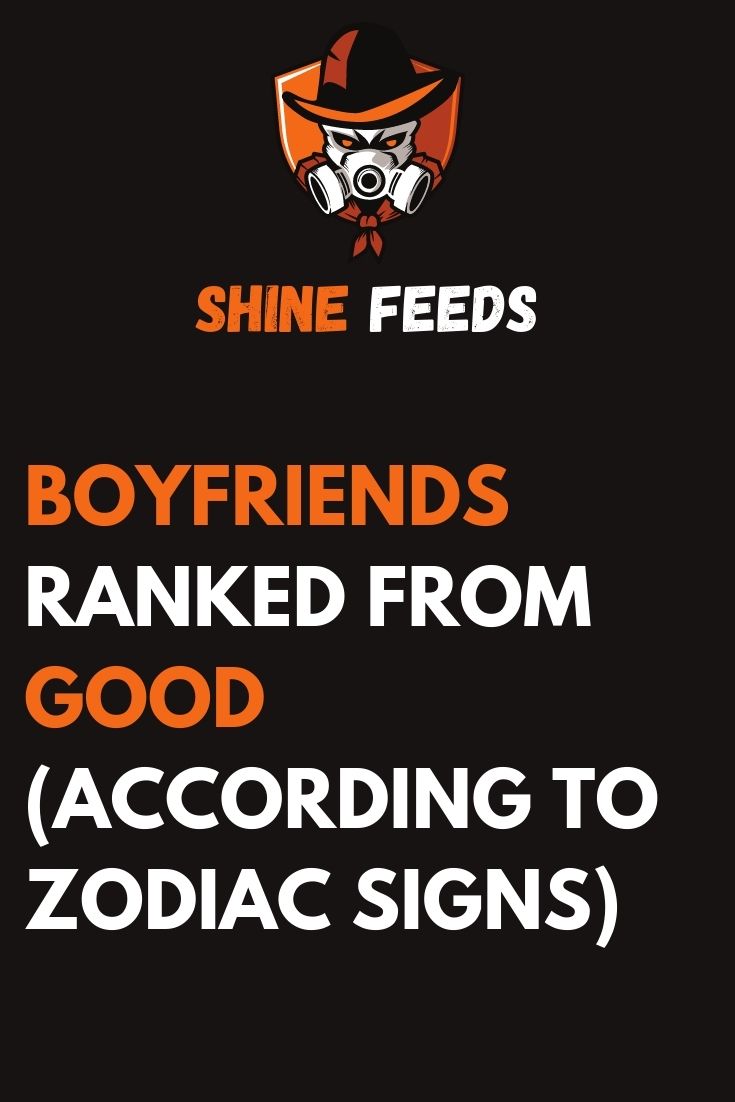 BOYFRIENDS RANKED FROM GOOD (ACCORDING TO ZODIAC SIGNS)

Cancers are not the type of men who will simply jump from one relationship to another. They will completely devote themselves to one person. They are not players. They are genuinely good guys—perfect for a long-term relationship.

Once you’ve got their attention, you’re in. They will look only at you and they will make you the center of their universe. They are real relationship material and most importantly, they won’t hurt you.

This sign acts all tough but deep down he is a ‘goodie-goodie’. People under this sign only act like this to protect their little, sensitive hearts from getting hurt. Once they meet someone they really like, they will devote all their attention to that person.

They are delicate and sensitive flowers. They will always have time to discuss your feelings and they will never ignore you if they see you’re feeling down. You can always count on Libra to be there for you—it’s what they do.

Capricorns are very straight forward. They will tell what they think right to your face. No matter if it’s something rather harsh to say, they will say it—for your own benefit. Whatever it is that they want, you will know.

They are not secretive and you cannot exactly call them fuckboys. They just know what they want and they will ask for it.

It’s not their intention to hurt you. They just don’t know where to draw the line between friendship and love.

They are terribly afraid of getting hurt. It’s hard for them to commit, but if they do, these guys will have numerous options and backups if their current relationship fails. It serves them as a safety net in the case they get their hearts broken.

It’s most probable that while they are in a relationship, they will keep in touch with their exes—just in case.

Taurus guys can’t stand one thing—rejection. They are nice guys usually, but if they get turned down, they will lose it! One moment they can shower you with the most beautiful words and as soon as they find out you are not interested, they will turn into horrible and cruel monsters.

Leos are used to doing it all by themselves—they are very independent. They won’t submit to constant texting and calling to tell their every move. They want to be left alone to do what they please.

They usually act like that if they aren’t quite sure you are the choice for them.

Aries are kings of almost all relationships. They will talk to you and several more people at the same time and they will feel they aren’t doing anything wrong. They will lure you in that kind of a relationship without you even knowing it.

So, when they hurt you—and they will—they will blame you for falling hard for them. And they will be innocent because they never actually committed to you.

Guys born under this sign hate confrontation. If they get bored with you, they will act like they never met you. They will avoid your calls and ignore your messages. If they accidentally see you somewhere, they will pass right by you like you were a complete stranger.

They will avoid talking about feelings and possible relationship fixing at all costs.

They don’t know what they want. Scorpios will send you mixed signals all the time. They themselves are not sure whether they want to date you or dump you, whether they are crazy for you or they date you only out of boredom.

One day they will be totally into you, and the other they will dump you and move on to the next one.

They won’t date you if they don’t want to. Guys like this prefer being alone and they are. They only want the best for themselves and along the way, they break a lot of hearts.