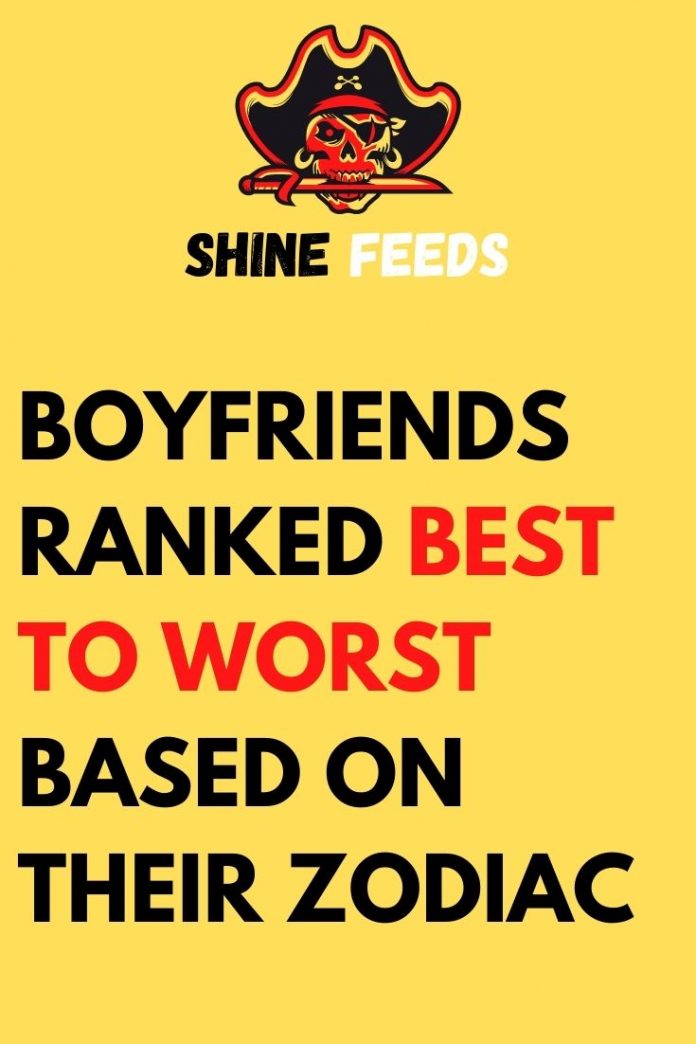 While they have a bad rep Scorpio guys are both charismatic and charming but also very deep and complicated. If you can win over the heart of a Scorpio man you will have his love, devotion, and dedication to you always. They are the most loyal of all signs and make the best boyfriend. While there are many complicated layers to them, you’ll realize under the surface they have a heart of gold. If you are dating one, understand they need their space. A perfect match will be someone who understands and respects that. Someone with thick skin because as good as their intentions are they are brutally honest. But at the end of the day, they will do anything to make you happy.

Geminis fall very quickly and can look at someone and confidently say they see a future. A Gemini man is the definition of a true gentleman. Everything they do is polite and respectful. Of their better qualities are their listening skills and their ability to try and see a situation not from their point of view but from other people. They will never let you down or disappoint you. As a boyfriend, they will motivate you to achieve more and do better than you ever thought possible.

Libra’s are the most peaceful of all signs. In a relationship, a Libra man will always try and avoid a fight if they can. They know to pick their battles wisely. But when they do, they choose to fight for something they care about and win. Libra’s are the funny and the most entertaining of all signs. And they treat their significant other better than most. They don’t look at what you can do for them, they just give and give until they have nothing left to. If there is a will there’s a way with them and if you need them they will always be there for you. While they might be popular and the center of every party you walk into, let that not intimidate you because what makes them most happy is having someone there like you standing beside them.

Aries men like to dominate all the relationships they are in. When they meet a woman who challenges them it attracts them so much more. They will never end up with a weak woman. But they are the type of person who makes someone work for their time and attention. They come across as cocky and arrogant but it’s all really an act. Because once you break through their walls you’ll see a side to him his friends never will. And once you have their heart they fold to any and everything you say.

Cancer men have a heart of gold and wear their heart on their sleeve. They follow their heart and not their head which leads them to chase the wrong women. But once they find the right one they love them unconditionally and treat them better than anyone in their life. Cancer men spoil their women with gifts and affection. It’s the relationship that will change your standards.

Leo men are hopeless romantics. While they come across as tough, they believe in love more than any other sign and they will do everything by every movie and book to ensure someone feels special and loved. Leo men will always give more than they get because a woman’s happiness makes up their own. They know the most valuable thing you can have is the support of a strong loving woman standing next to you. Among the most loyal signs, know you can always trust them.

Aquarius men are the strangest but funniest of all signs. They beat entirely to their own drum and sometimes just live in a world all their own. They don’t make the best boyfriend just because they aren’t too in tune with others. But they don’t make the worst because they do try really hard and try their best. If you find yourself falling for the one you’ll have to be the one making every first move, they lack the confidence and don’t pick up on signals. When you date one you’ll always be the one making the decisions in the relationship but they will do whatever you tell them to.

Sag men have a tough time with relationships because they are their own worst enemy. And they don’t make decisions oftentimes until it’s too late. In social settings if they see someone they are interested in, they overthink what to do to get their attention and by that point somebody already has and they’ve given up. Once they get in a relationship they are loyal and good but they get in their own way when it comes to everything.

Capricorns have really high expectations when it comes to everything in their life. This includes relationships. They add pressure to the person they are interested in whether that’s their career or personal life. They like to be the ones making decisions and controlling situations. Their perfect significant other is someone they can boss around and someone who is passive. While they have the best intentions their arrogance gets them in trouble.

Virgos are the most jealous of all signs and have the worst temper when they get mad and can’t control it. They seem to bring up things from the past and just use anything they can to take you down. They always come back around and apologize but their acid tongues make forgiving and loving them very difficult.

Taurus men are tough to get a commitment out of. They are focusing much more on their family and career. Relationships have never been their priority. So when you find someone you’re interested in, you might find yourself uncertain of where you stand. He might act like your boyfriend but he’ll put that label on it until he’s sure he could spend the rest of their life with you. They don’t date for fun, they date looking can this person be his potential wife? Do they have the same values? Do they have the same goals? Taurus men need someone who will support them 100%. But because they are so focused on themselves a lot of women grow frustrated about someone not meeting them halfway.

Pisces men are the most sensitive of all signs. They tend to gravitate towards people who are completely opposite of them. This makes relationships hard because conflicts arise when they get hurt a lot for little things and their partner can’t relate to their sensitivity. When they find the right person who understands them they can be a great partner but most of the time they live in their own world of fantasies, thinking and feeling everything really deeply, that it’s too much for most people. While they have good hearts and better intentions, they are painfully guarded and tend to choose the wrong people. It isn’t that they themselves make a bad boyfriend but they choose the wrong people that bring out the worst in them which are qualities of jealousy and insecurity.