Do you fully trust your lover or are you afraid that he will betray you at some point? His zodiac sign could be a clue.

The sign in which he was born can tell you a lot about his personality, such as if he will be loyal to you until the end or if he will betray you as soon as a temptation appears.

Aries prioritizes itself as a person and prioritizes its own goals. This means that he will put his own needs and desires above his loyalty to you, so his dedication can fluctuate. However, you can trust that Aries still cares about you and will be there when it matters.

Aries is the type of person who might say or do something hurtful just on the spur of the moment but will be extremely loyal if you fully commit to the relationship.

Taurus is one of the most honest and trustworthy zodiac signs. Taurus will not play with you, simply because they want stability in your relationship.

His ultimate goal is total loyalty, but it must be mutual. To make him dedicate himself to you, you have to dedicate yourself to him.

Taurus is a suitable person for you because he will never betray you either in front or behind your back.

Gemini is so unpredictable that it is hard to trust them. Air signs like Gemini change their minds frequently. Their inconsistency can make the relationship with them extremely complicated.

Gemini can change their mind so quickly that they can drive you crazy, so you may not want to have such a man around you.

If you are with such a native, trust will be built over time, especially if you strengthen the relationship through deep and well-thought-out discussions. However, it might not be easy at all!

Cancer is the zodiac sign that will be with you forever. Water signs tend to be super loyal, and Cancer is the perfect example of that. He would never think of cheating on his partner or betraying a good friend.

The man born under this sign is an extraordinary emotional supporter. He will be there for you anytime, night or day.

If you have a loving relationship with him, you are lucky. You are with someone who will stick with you through thick and thin for the long haul.

Leo shows its loyalty through dominance. Leos consider themselves the leaders of a suit, so this applies to friendships and love relationships as well, not just professional ones.

Those around him know they can lean on him at any time, but in return, he must be a leader. It’s a win-win situation for both parties.

This fire sign is indeed volcanic, but when you need it, it’ll be there. You can count on him, he won’t betray you, but will be completely loyal to you once he chooses you to be a part of his life.

The Virgo man is steady and reliable. If he promises something, be sure he will keep his word.

Sure, Virgo may not be as excited or spontaneous as other signs, but they sure are loyal. If you need anything, she will do anything to help you.

If you’ve noticed that your Virgo partner is constantly helping you, it’s a very good sign. He shows his loyalty by being helpful.

The Libra native is loyal as a friend but inconsistent in romantic relationships.

Libra tends to change their mind very often, so when they are in a relationship, they want to get out of it, and when they are not in one, all they do is think about how to find someone.

The man of this sign flirts a lot, which means that he may try to get what he wants from you now, and then act like a traitor.

Scorpios can be loyal to the point of obsession. You probably think it’s a miserable and secretive sign, but if he falls in love with you, it means he’s committed to you for life!

Do you feel like they’re testing you? Yes, it is possible, because before he fully commits, he needs to make sure that you are also loyal.

If you find Scorpio to be a little distrustful at times, it’s because they fear betrayal. Show your Scorpio that you are loyal and he will love you and only you forever.

Sagittarius loves the idea of ​​loyalty, but it’s hard for them to bond with anyone. Fire signs like Sagittarius are passionate, and loyalty is like throwing water on a fire. He just doesn’t get seriously involved in relationships because he values ​​his freedom too much.

As a friend he is loyal, but as a lover, he can betray you more like Judas.

Capricorns place great importance on loyalty and stability. If you want someone forever, Capricorn is the right person for you. It may take him a while to get into a relationship, but once he does, he does it forever.

He might be the most responsible man in the zodiac, so you know you can always count on him.

For Capricorn, loyalty is a two-way street. So, don’t be surprised that your zodiac sign partner expects you to be as devoted as he is.

Aquarius is afraid of losing their independence, so they are not the most reliable partner you can have. You would rarely see him excited about a relationship.

He’s the kind of boyfriend who might back out of your movie reservation at the last second, or worse, suddenly abandon the relationship because he feels like he has no freedom left.

Pisces love the flexibility, so they are not too steadfast. Although they mean well, Pisces spend their days daydreaming, which means they may not always be the most trustworthy.

However, if a Pisces man has fallen in love with you, he will give you everything. He’ll do his best to be there for you, but he won’t always do it because he’s reckless or doesn’t think much before he speaks or acts. 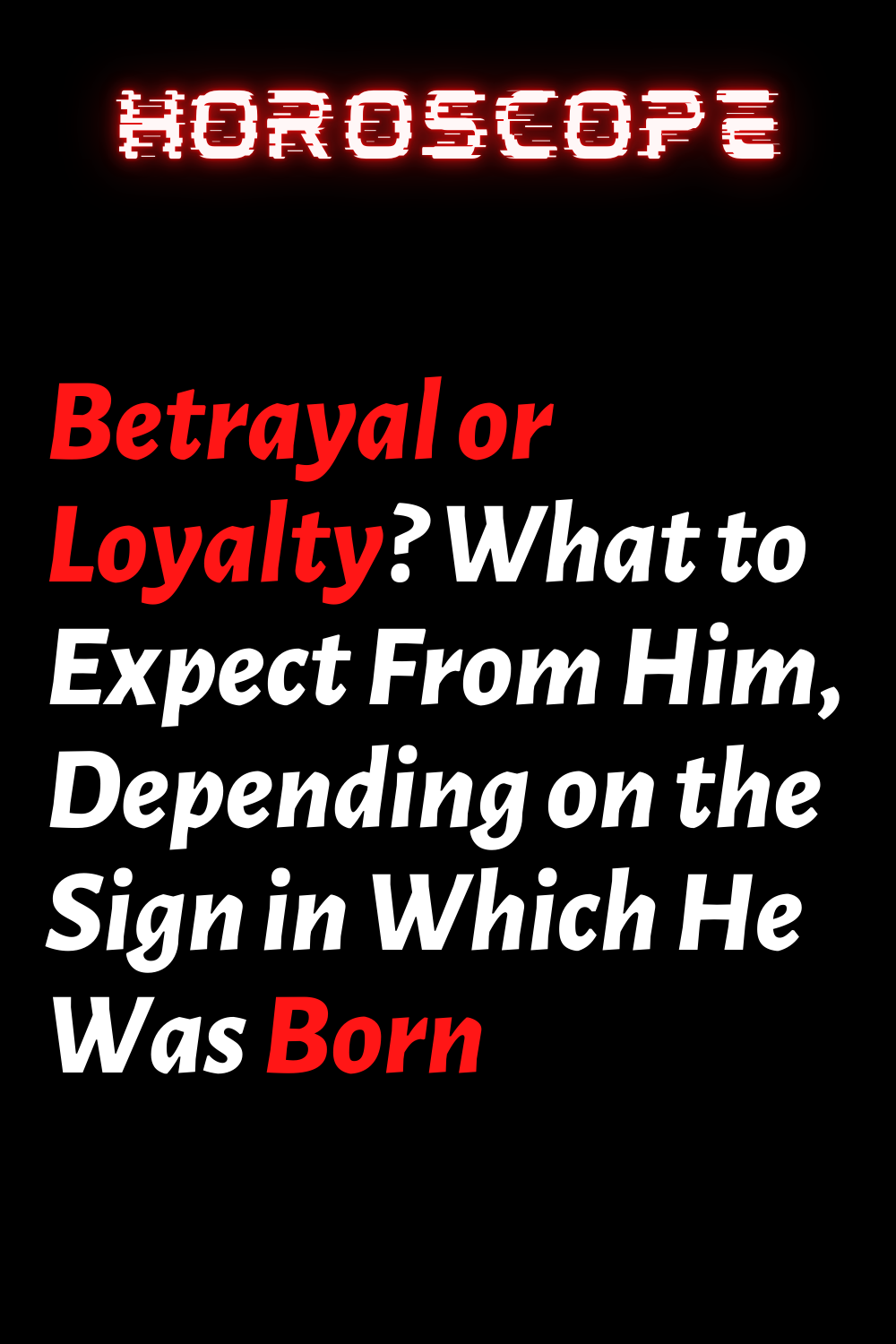 IS IT EASY TO LOVE YOU? FIND OUT BASED ON YOUR ZODIAC SIGN 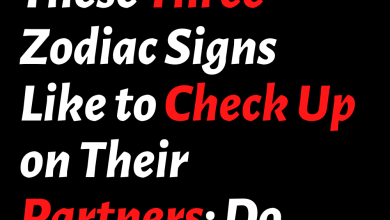 These Three Zodiac Signs Like to Check Up on Their Partners: Do You Rank?

THESE 3 ZODIAC SIGNS HAVE GIFTS OF CLAIRVOYANCE!