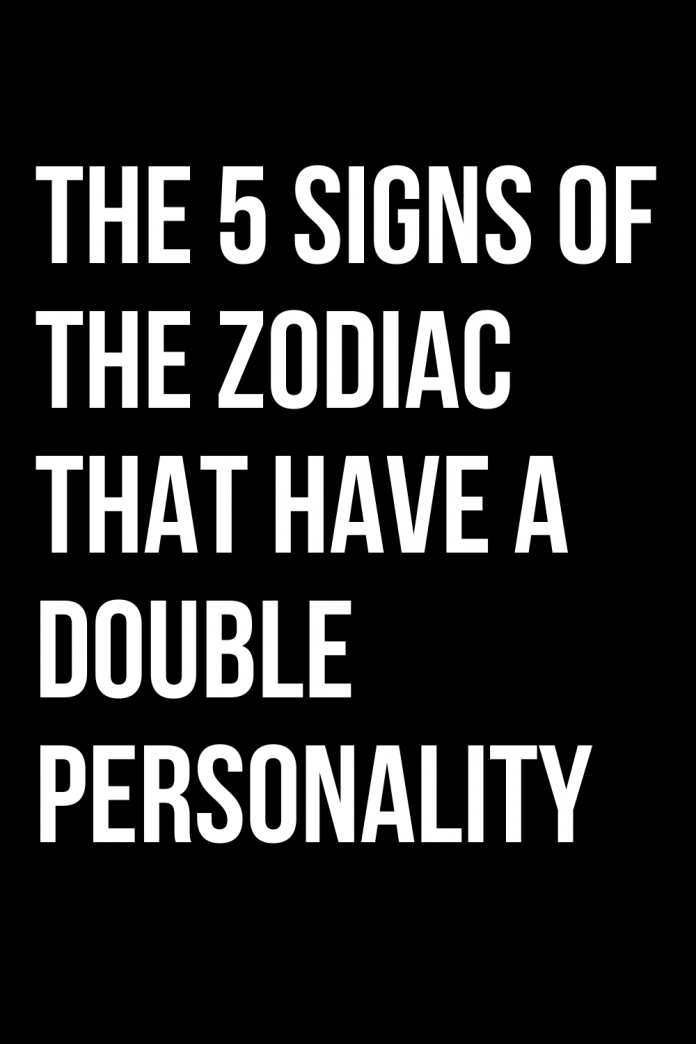 Pay attention to these 5 signs of the zodiac, they could hide a double personality.

It is always very difficult to identify the hypocrites with their double faces. Trying to achieve their ends, they skillfully adapt to all situations. Being generally fake, they may hate you deeply inside themselves, but smile at you as soon as they cross you. To help you identify them, astrologers say that people born under certain signs are more likely to have a double face.

5 Zodiac signs that have a double face

Gemini natives can often change their opinion and point of view according to what they want. They also often want to look better than they are. So defaming and even deceiving is part of their nature.

Of course, not all Geminis are double-faced, but those who use their excellent communication skills in a toxic way can spread gossip, sometimes lies, about people and badmouth their friends, and at the same time deny their words. Additionally, they can come up with stories about themselves to use to gain the sympathy and trust of others.

The sign of Libra can say something opposite to what it said a few minutes earlier. He adapts to all situations, like a chameleon, putting his selfish interests above all else.

Libra natives have a problem with secrets, they can’t shut up. When you reveal a secret, they’ll be dying to share it with someone else. They may promise they won’t reveal it to anyone, but knowing they have a secret will gnaw them in. They can’t bear to keep it to themselves.

The natives of Cancer are not hypocrites but bizarre. They can truly love you today and despise you the next day. And when they pretend, it can be very blatant and everyone will notice it. In this context, cancer is not smart.

On the other hand, Cancer never deliberately tries to spread rumors, they want to be fully aware of what comes out of their mouth. However, they can share many things about the lives of others, which can cause them to fall into the double talk.

People born under the sign of Taurus have two faces because they always want to show themselves in their best guise. Natives of this sign rarely express their opinion so as not to spoil anyone’s mood. These are the kind of people who like to please others.

The double face of Taurus can be explained by the fact that they can take a diplomatic stance to escape delicate situations.

Aquarius natives are good hypocrites. They do not like quarrels and conflicts, so they will deal with disputes. Often, having no idea what they want, they may choose to pretend not to offend others.

Aquariums are too indifferent to be wrong, they just don’t care. They are neither real nor false, they are a middle part. They do what their heart tells them, but they are usually cold and aloof. Even their friends and family don’t know their real faces.