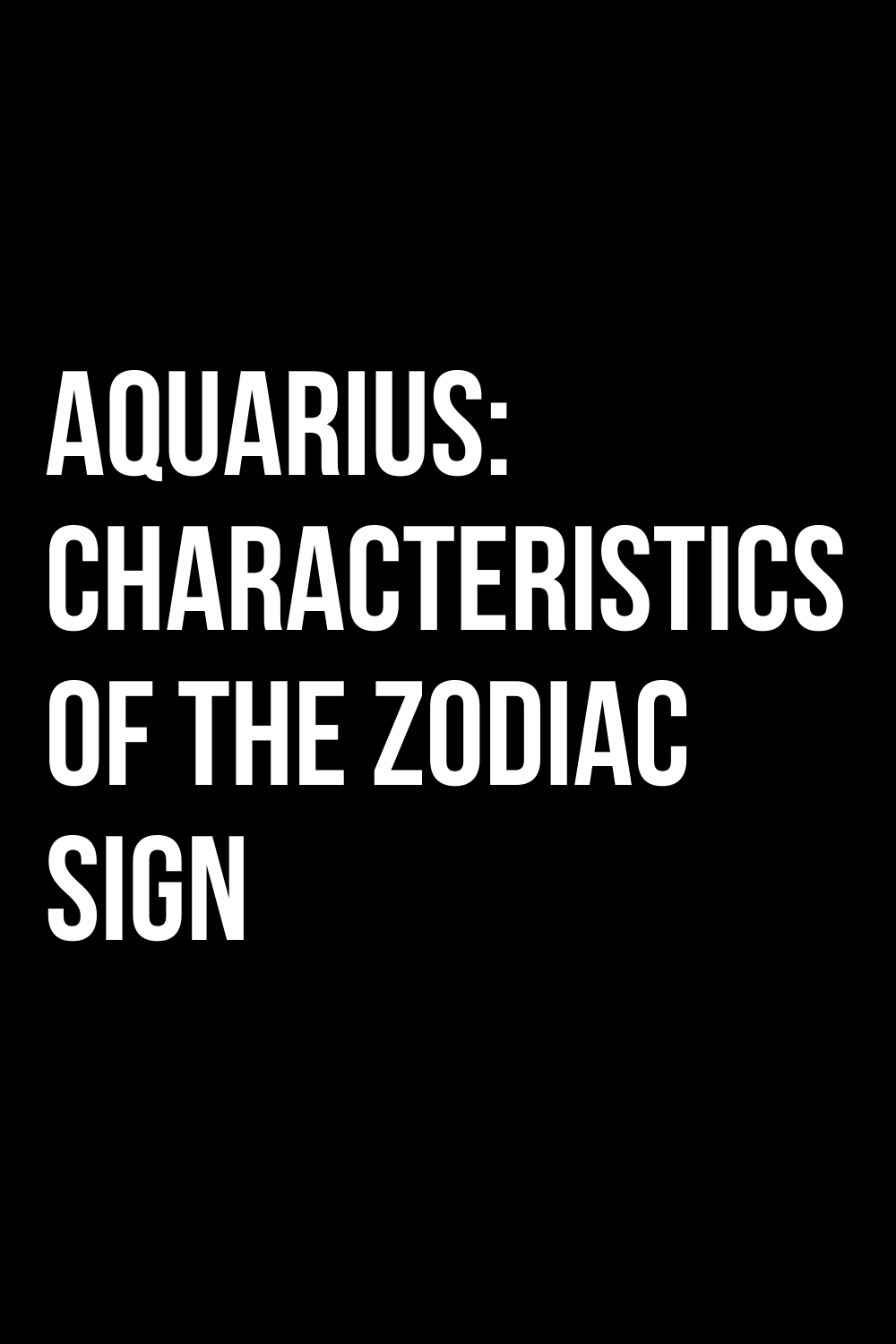 Let’s discover all the characteristics of the zodiac sign of the month: Aquarius

The sign in general
Aquarius is the eleventh zodiac sign of the year and is also the most nonconformist of all. Particularly linked to their freedom and privacy, women of this sign therefore tend to isolate themselves even for some time and everything in order to have the space they need to express themselves freely. Completely indifferent to the opinions of others, they love to do what they like best and if to do it they happen to annoy or upset others they don’t care at all, finding it even funny. Creative and abstract, they can quickly change ideas and ways of thinking, however as long as they have a position on something they believe so firmly that they even fight for their own ideas.

Study and work
When it comes to study and work, those born under the sign of Aquarius tend to be quite abstract, so much so that they almost appear with their heads in the air. If they commit, they do it inconsistently and almost never with the right conviction, unless they are involved in a challenge or project that is particularly close to their hearts. With colleagues they will always be rather fragmented and not always on the piece, tending to lean on those who are more concrete and solid than them. On the other hand they have a marked genius that if fine-tuned can really make a difference, especially if in the creative field where they are able to stand still for various times only to evolve with a winning idea and that developed by them seems so perfect as to be been studied for years. For this reason, at times, they can create disappointment in those who work alongside them,

Relationships
Feelings are something in constant motion for Aquarian natives. In friendship they tend to give a lot and, at the same time, they demand the same. Needing their own space, they do not like clingy people nor do they like moral blackmail or attitudes aimed at making them feel guilty for their way of being. If they feel respected, however, they know how to be good friends and this is despite the fact that sometimes they can disappear for a while.
Things change a bit when they fall in love. If this happens rather frequently, in fact, in the same way they can change their minds, changing their feelings for the person next to them even before this person notices it in order to be able to remedy it. Some of them may even be open to more possibilities by becoming unfaithful without feeling guilty. However, their actions will almost always be transparent, precisely because they do not like having to hide or limit themselves in their ways of doing things. While they don’t tend to be jealous, if they are betrayed or don’t feel appreciated or respected as they would like, they can become grumpy and isolate themselves or start looking elsewhere.