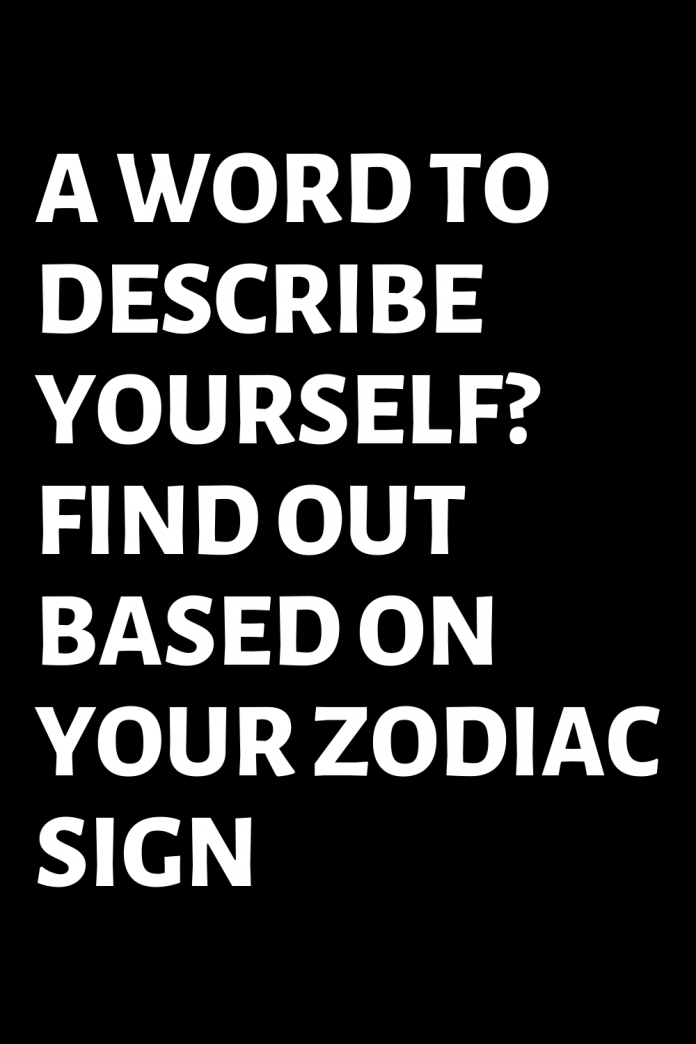 Each person is a set of characteristics and ways of doing that go to shape both the personality and how it is perceived by others. Knowing a person completely, therefore, is sometimes difficult even for years and this is because the characteristics that compose him are changeable, transforming themselves to the point of changing, sometimes even completely, based on the experiences lived.
Nevertheless, some aspects tend to always remain the same and represent the essence of a person. Some of these are influenced by the stars and are the ones we are going to see, choosing one for each zodiac sign to photograph a bit of their essence, that is, the part that, visible or not, tends to remain unchanged over time. Today, we will try to choose a single word that can describe the various signs, and explain why. Since they are often also ways of being that have to do with interiority, the advice is, as always, to also read the profile relating to one’s ascendant, to have a more complete picture of the situation.

Zodiac signs. One word to describe them

Aries – Impulsiveness
Your life is a constant rush from one side to the other. A way of doing that makes you impulsive, pushing you to act even before you think, sometimes risking making serious mistakes. Fortunately for you, your being active and not very attentive to the opinions of others makes you almost immune from criticism and comments. Nonetheless, you should learn to manage your impulsiveness by making it operational only in some particular sectors and moments and by exercising some control in all others. This could work in your favor in the future.

Taurus – Laziness
Without going around it, what characterizes you is undoubtedly the laziness and the calm way you have of taking everything. A way that at times can make you appear almost indifferent to the things around you and which on the other hand also gives you a way to show yourself almost sure of yourself, as if nothing or no one can scratch you. In short, on the one hand, you should learn to fight this side of your character, on the other, if used successfully, it can even help you in social relationships. What matters is that you can at least put aside your need to relax a little by learning to embark on some adventure. Sometimes, even change can lead to pleasant news.

Gemini – Unpredictability
If there is one thing that can be said about you that you never know what is on your mind, it is at least partially because your thoughts change so quickly that they can confuse even you. For this reason, others often have different opinions of you and are united only by the awareness that, beyond everything, you are a difficult person both to decipher and to manage. A mix often complicated by your being eccentric and constantly needing to experiment with new things. In short, if you love to change in life, you are certainly the living representation of your great goal.

Cancer – Touchy
In life, you know how to communicate the many qualities you have, but these are often clouded by your being extremely touchy, to the point that, in the end, this is what remains imprinted on you. To change things, you will have to commit to being more open to others and willing to accept criticism as you already do with compliments. This will help you both in social relationships and in drawing a certain positivity from the people you know and that you often tend to see from the wrong point of view, always fearing that they are plotting behind your back. Trying to live in a more relaxed way will help you to make the most of your qualities too.

Leo – Honesty
Well yes, although you are a born leader, the word that most distinguishes you is that linked to the honesty with which you cover most of your actions. An advantage that if cultivated properly will undoubtedly bring you various satisfactions, making your relationship with others and what you also have with yourself even more pleasant.

Virgo – Practicality
Although you are an extremely critical person, the word that best describes you is the one related to your being extremely practical and constantly aimed at simple things. In life, you like to savor only what is easy to take, which precludes you from many other things that you might like but which, due to your way of being, you tend to exclude. This, together with your being critical (which in any case represents you too much) risks making you lose the general picture of things, preventing you from experiencing positive aspects that you may also like a lot. Try to change the perspective with which you see things a bit. This could help you live even better.

Libra – Elegance
To the whole world, you appear as an elegant person in both ways and ways of appearing. For you, after all, the exterior of things is of great value so much that you feel almost obliged to constantly seek beauty and always present yourself to the best of your ability. A way of doing that can sometimes make your life more difficult and less spontaneous but that makes you extremely pleasant in the eyes of others. Which ultimately matters more to you than anything else, right?

Scorpio – Mysterious
You could say many things about you that would still be able to describe you. The mystery, however, is the truest and most visible part of your person. An aspect born with you and that even if you wanted to, you would never be able to avoid completely. You’re being closed and very often cryptic, which, fortunately, gives you a certain charm, such as to make you forget your other ways that are probably less pleasant or more difficult to understand and react to. After all, you are one of those people who love or hate each other in life and who nevertheless remain fascinated by everything that appears under the surface and is difficult to decipher.

Sagittarius – Bold
Your spirit of adventure and the desire to embark on ever new situations make you appear as an extremely daring person and always ready to embrace danger. In reality, you are less stormy than you tend to appear but since you enjoy it you rarely tend to clarify things, preferring to leave others the freedom to form the opinion they prefer. After all, you know that your ways can talk about you much better than you would with words.

Capricorn – Stubborn
Yours can be both a virtue and a flaw. The stubbornness you have, in fact, often makes you determined and ready to do anything to get what you want. On the other hand, always because of your way of being, you often tend to disregard the advice of others, risking making mistakes over and over again that, instead, you could very well avoid. Try to manage your stubbornness so that you only use it for the good. You will be the first to benefit from it.

Aquarius – Eccentricity
Yours is perhaps the most eccentric sign of the zodiac. One of those that others tend to observe and scrutinize in search of clues that can make him understand who they are dealing with. An aspect that in some ways amuses you but that sometimes bores you making you feel even alone. To remedy the problem, it would be enough for you to try to appear more contained. However, being eccentric and always over the top is your trademark with which you will have to learn to live together in the best possible way.

Pisces – Empathy
Your sensitivity leads you too often to feel the emotions of others. This makes you a great friend and counselor but can sometimes have negative effects on you, making you anxious and sometimes moody. To live better you must undoubtedly learn to put a wall between yourself and others, to filter what comes to you, and create a sort of armor that can protect you from too strong waves of emotions. After all, unless you want to be a psychologist, other people’s problems have no reason to weigh on your shoulders, do they?