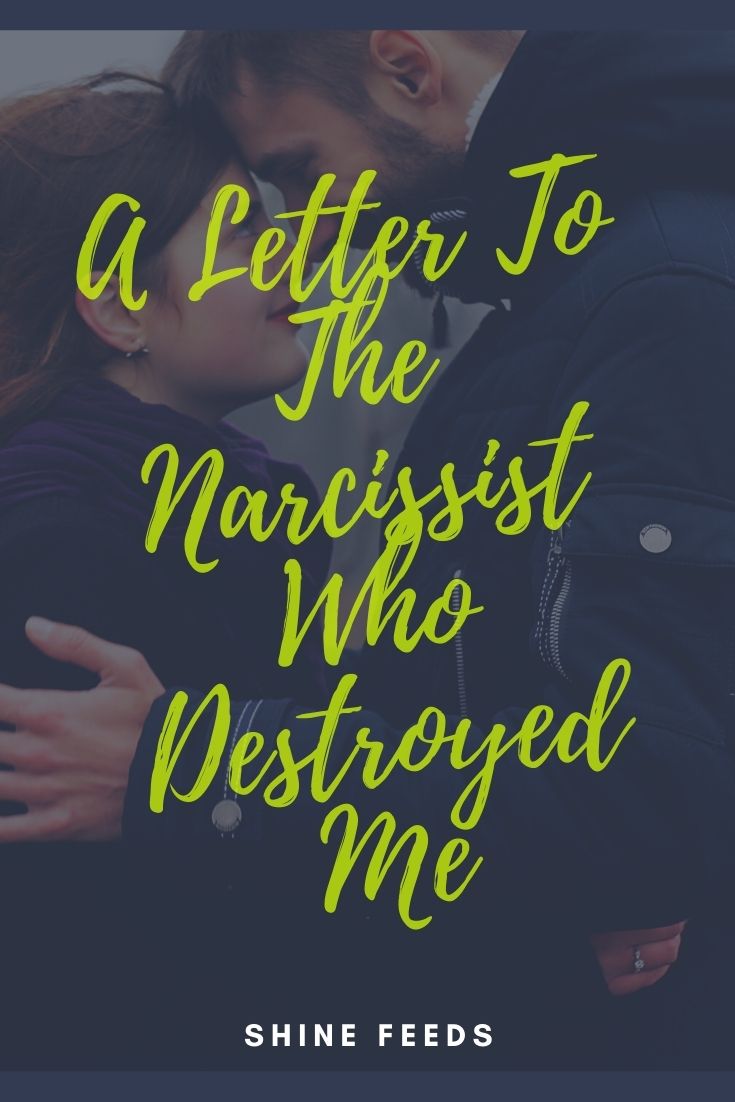 I don’t even want to give you a name. You don’t deserve one. You will be referred to as “You” and that’s the kindest thing I could have ever said to you.

This impersonal, cold, distant pronoun. You don’t deserve anything better. How are “You” ?

Is the sun still shining brightly through your windows? Or did you cover them up with dark curtains to avoid the light—to live in the darkness like I do?

I guess you didn’t. Nothing has changed about the way you look at things.

Oh, that poor girl. She doesn’t even know what awaits her. She has no idea.

She thinks you wear your heart on your sleeve. She thinks she has found the one.

Nothing was ever about me, was it? Everything was about you. If you had a bad day, I had to suffer. If your life wasn’t going the right way, I had to pay for it.

You had such power over me. I really can’t imagine why and how I let you do that.

It’s either that I was too weak to fight you, or you were too strong in your mind-playing that I didn’t even stand a chance.

You were convincing me of things that are not real. You brainwashed me. You turned me into an obedient little puppet.

I was the one who had to dance to the music you were playing. You’re really something.

You never managed to at least pretend you are not in love with yourself. I was a ‘third wheel’ in our relationship although it was just the two of us.

I tried to make the two of us work. You were a challenge to me and I never walk away from a challenge. I thought I could change you. Boy, did I get it wrong.

I was addicted to you. You were my fix. Every time I needed a dose I would come back. I was afraid to be alone so I went back for a fix of you—every single time.

“You”! “You” destroyed me. You manipulated me. You insulted me. You took my life away from me.

Your sharp and cold words trained me to feel absolutely nothing. During our fights, I just sat there and stared at a fading spot on the wall, waiting for you to finish.

I just moved my head like a zombie in an approving manner—just to make you stop. I agreed to everything you said.

Just to make you stop. Just to enjoy the silence again.

I really can’t say at what point I gained enough strength and courage to call the things by their real names—to see clearly for the first time after a long time.

I don’t know. The only thing I know is that I had enough. You took everything from me. You drained me. I had nothing else left to give you.

Maybe you were the one who let me go because I wasn’t of use anymore. All that was left of me was an empty shell.

You don’t need empty shells. You need someone’s energy to feed off of. And I didn’t have it anymore.

Now, it’s her turn to feed you and to become a simple outline of the beautiful woman she was before.

But you know what. I filled my outline. I filled in my sketch with pretty colors. As I continued to live my life without you, I added colors one by one.