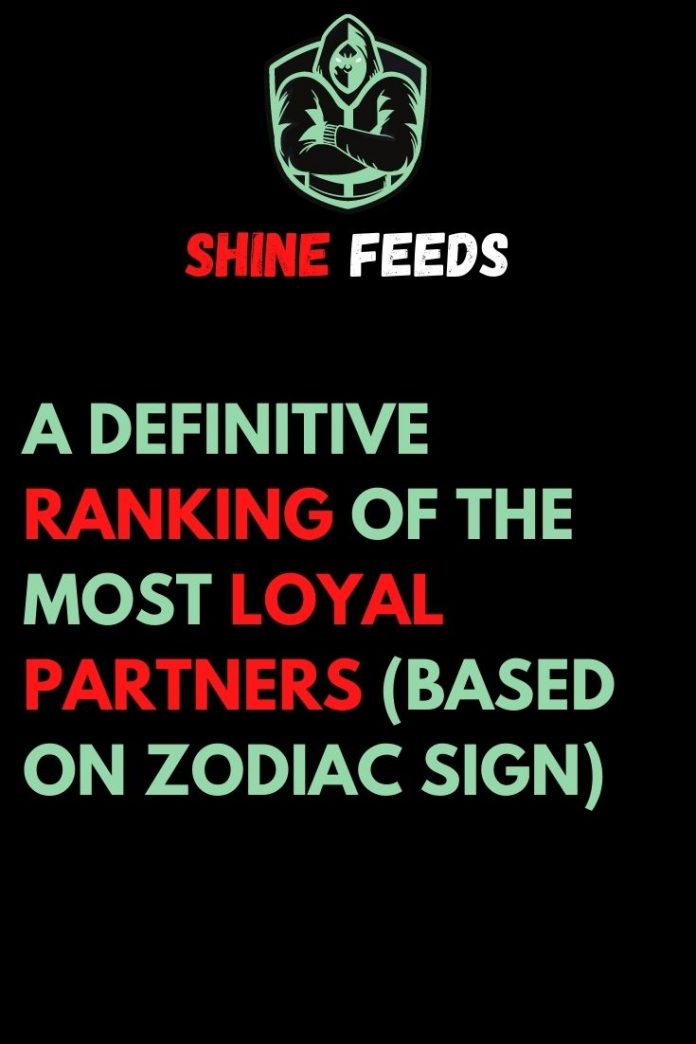 As a Scorpio, you are someone who is fiercely loyal. You might not always be the best person to be in a relationship with because of your jealousy and off-putting secrecy. However, when it comes to loyalty, no one else really does it better than you. You are the type of person who would defend your partner in whatever situation under any circumstance.

As a Cancer, you are someone who is a “ride or die” type of personality when you are in a relationship. You have such a kind and loving heart. You are always so willing to give love to others even if it sometimes means compromising your own needs. Once you find “the one” in a relationship, then you don’t really stray away from that path anymore.

You are another classic example of someone who is fiercely loyal in a relationship. As a Leo, you would always take pride in whoever you are in a relationship with. And that’s why you would really defend that person with the same kind of passion and relentlessness you would use to defend yourself. You always stay by your partner’s side no matter what.

You are as stubborn as can be as a Taurus. But that’s already common knowledge to everyone who knows you. But something that would surprise people about you is how amazingly loyal you are. As a Taurus, you have the type of loyalty that is built to stand the test of time. And it’s all because of your persistence. You never give up on people.

As a Libra, you are someone who is always going to be a true defender of love and romance. However, you also have a tendency to be very indecisive and you just end up going wherever the wind blows. And sometimes, that can lead you to make some very flawed and questionable decisions. You aren’t really a cheater. But it all depends on the situation.

Geminis make for very loyal partners even though a lot of people assume otherwise. Geminis are so incredible at relationships. However, you also have a tendency to get distracted fairly easily. You are a people-person. That’s why you always know how to make relationships fun and exciting. It’s all just a matter of finding a partner who can keep you honest.

As an Aries, you fall right into the middle of the pack when it comes to loyalty. You’re not exactly assured to cheat on your partner. But you’re not exactly the most loyal of the pack either. You are moderate and it all depends on the situation that you’re in. You have a tendency to be impulsive so you are a bit of a wild card.

A Virgo usually isn’t known to stray from the path. You are a very straightforward person. However, you also get paranoid a lot because you are an overthinker. You are known to always choose the right path but once your interest wears out, you wouldn’t hesitate to go to another place that excites you. And you shouldn’t doubt that you would always land on your feet.

You aren’t exactly going to be the most loyal sign out there and that’s not a secret at this point. However, you aren’t the most unworthy either. You always like to take the lead in your relationships because that’s just the kind of personality that you have. However, you wouldn’t hesitate to cheat if you feel like your efforts aren’t being reciprocated.

A Pisces is always known to be a great lover. You are someone who always likes to get lost in your own feelings and emotions. However, that also makes you very unstable. You are no stranger to drama and you like to mix things up. That’s why it’s likely that you wouldn’t always be the most loyal partner in a relationship.

An Aquarius is always going to be very ambitious. You have always been that way for the longest time now. And in your ambition, you can get stressed. And that can be problematic because it can lead you to make poor decisions in your relationships.

Is it any wonder that you are the least loyal person on the planet? As a Sagittarius, you’re just plainly noncommittal by nature. You aren’t really one who is known to enjoy being tied down to anything or to anyone. You’re always just wandering and traveling. You don’t really like to plant your roots down anywhere at all.