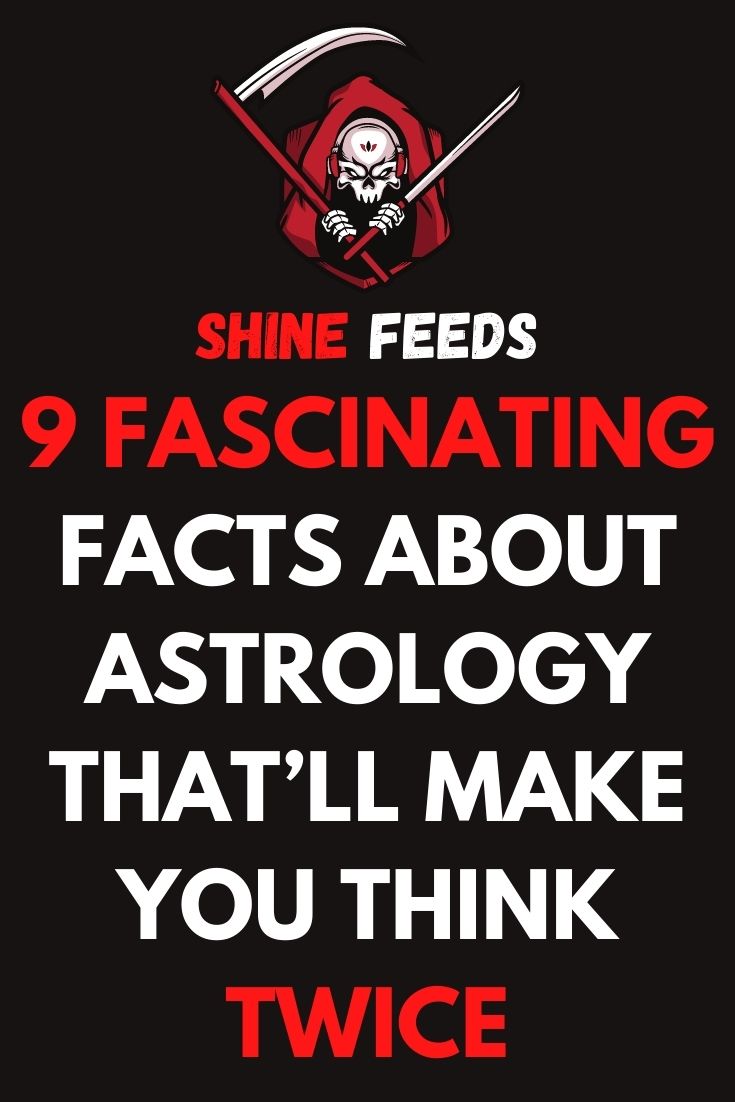 Do you believe that your destiny is “written in the stars”? Or do you think astrology is one big hoax—no more reliable than the psychics listed in the yellow pages?

Regardless how you view astrology in this very moment, you might give it more credit after reading these surprising and interesting facts about the ancient art of astrology.

1. The Moon May Actually Impact How You Act & Feel

The moon is scientifically proven to influence ocean waves, so why are you and I any different? After all, humans are 50-65% water. Furthermore, assault rates go up when we have a full moon.

Your birth date determines your zodiac sign based on the positioning of the sun at the time of your birth. Astrologists believe that your zodiac sign offers valuable information about your future and personality in regards to how energy acts on the body, including the transitioning of planets.

3. 31% Of Americans Believe In Astrology

A recent poll surveyed thousands of Americans and found that 31% believe in astrology, and 18% are unsure. Interestingly, women make up 75% of astrology enthusiasts. Perhaps that’s why there are often horoscope columns in the back of women’s magazines.

4. A Number Of Past US Presidents Believed In Astrology

We can’t speak for our current President, but past presidents have been believers in astrology. Theodore Roosevelt and Franklin D. Roosevelt were big astrology buffs that quoted horoscopes on several occasions. Mrs. Reagan used astrology to plan events, and her interest in astrology was said to peak after the attempted assassination of her husband.

5. The United Astrology Conference Meets To Predict Things Like Who Will Win The Presidential Race, & They Are Often Correct

The United Astrology Conference meets to discuss all kinds of matters, including who will win presidential elections. They correctly predicted Obama’s win and re-election. The panel predicts a number of events, and people are often surprised to discover just how accurate they are.

Astrologers believe they have found proof that your zodiac sign can impact your physical appearance. They say they have uncovered certain physical traits that are more prominent in certain signs. For instance, Gemini (May 21- June 20) is often small-boned with refined features, and Scorpio (October 23- November 21) tends to be muscular with an intense look in their eyes.

Astrology dates back to around 3000 BC Mesopotamia.

Your birth date is used to predict your sign, but there’s always a chance it’s wrong. Astrologers have long acknowledged that Earth can wobble on its axis (a phenomenon known as precession), which changes the positioning of the sun at the time of your birth. If the positioning of the sun is off at the time of your birth you could actually be born under a different sign. Some people choose to “switch” zodiac signs as a result of learning this information.

9. Researchers Have Found A Connection Between Astrology Signs & Favorite Colors

What determines your favorite color? Researchers have found Sagittarius tends to be drawn to purple, while Taurus prefers pink. Pisces is drawn to sea-green and Libra loves the color blue.