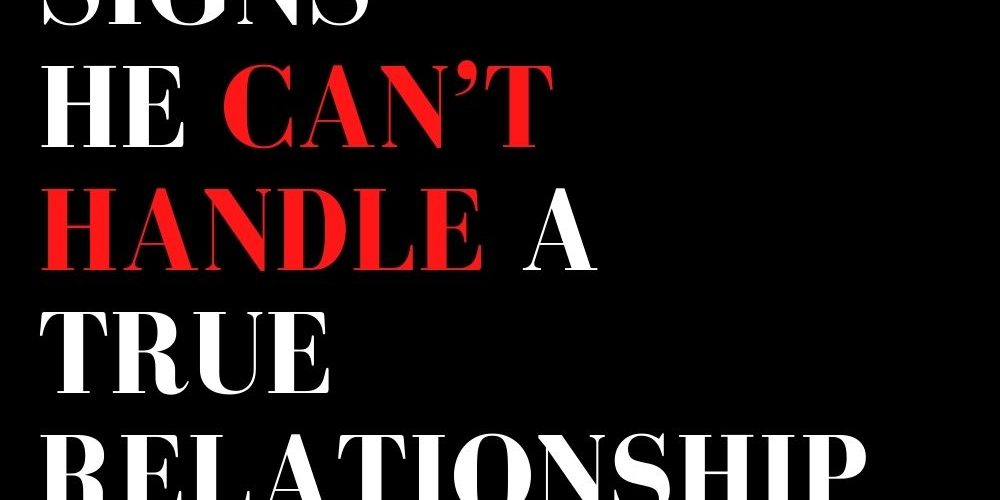 When you meet a guy, you want the two of you to last forever because you are so overwhelmed with every word that comes out of his mouth.

You immediately think that you found the love of your life and you are already imagining your wedding dress, your kids and a huge house somewhere by the sea.

And then all of a sudden, you start realizing that your ‘perfect’ guy is not that perfect after all. You see that he isn’t ready to commit to you fully and that he is not hubby material.

Maybe at the beginning you won’t doubt your future together because you will think that he might change but after you start seeing some of the red flag signs that he can’t handle a real relationship, you will be ready to dump him.

In case you also think that your man is not like he was before and that he doesn’t want a long-term relationship with you, check these signs to be 100% sure.

He still contacts his exes

This is a huge red flag that your man isn’t anywhere near ready to fully commit to you.

If he still has contact with his exes it means that he doesn’t care about you so much and that you are not his priority.

It also disrespects you and everything you represent and there is only a tiny chance that he will change.

Guys are best at the beginning of the relationship, so if he treats you like that now, you can just imagine how he will treat you later.

If he refuses to go with you to family gatherings or for drinks with your friends, it is a sign that he has a plan to dump you.

He is probably with you because it is convenient for him to lead you on for some time and then move on to another victim.

He doesn’t talk about your relationship in the future sense

It seems that he is just focused on your present and the things that he wants to do with you now.

When you ask him to make some plans for the future, he just says that you can do it later or that he is tired.

This is just his tactic to get rid of you and to take advantage of you as long as he can.

So, whatever you do, don’t stay with him any longer because he is not the kind of man who can make you happy.

He didn’t have any serious relationships before

When you talk to him about his past, he mentions only some short relationships but he never says that he had a serious one.

That can be a sign that he can’t handle a real relationship and that he just wants to have a good time.

This doesn’t have to be a true sign that he isn’t capable of loving you but in most cases it is.

He had his heart broken

The worst thing that can happen to a guy is to have his heart broken.

After that, he will feel like a wounded wolf who will move away from everybody to a quiet place and wait for his wounds to heal.

It’s the same with guys as girls—if they have been hurt, they will be extra careful in every new relationship they get into.

Maybe that’s why your man doesn’t want anything that is serious. He is scared that he will have his heart broken again and he doesn’t want to risk it.

He is sending you mixed signals

If your man is acting all hot and cold, it is the first sign that something is not right. It seems like he isn’t sure about what he wants so he can’t show you that.

You will probably be confused because he will treat you like a queen one day and the next he won’t give a damn about you.

In case you catch him doing this, you can be sure that he is not relationship material so you better run away from him as far as you can.

He always tells you that your relationship won’t work

If your man makes you feel uncomfortable in his company, telling you reasons why the two of you are too different to work out, it means that he isn’t so sure about his love for you.

Maybe he feels good as long as the two of you don’t rush the relationship but as soon as you start talking about some future plans, he withdraws.

He doesn’t want to open up to you emotionally

He is not interested in you enough to show you his darkest secrets and to lay himself bare.

He thinks that you are not worthy of being familiar with some important things from his life and that’s why he will always withdraw when you push him to open up to you.

If you catch your man doing this, you can be sure that he is not hubby material and trust me, a man like that will never be what you were dreaming of.