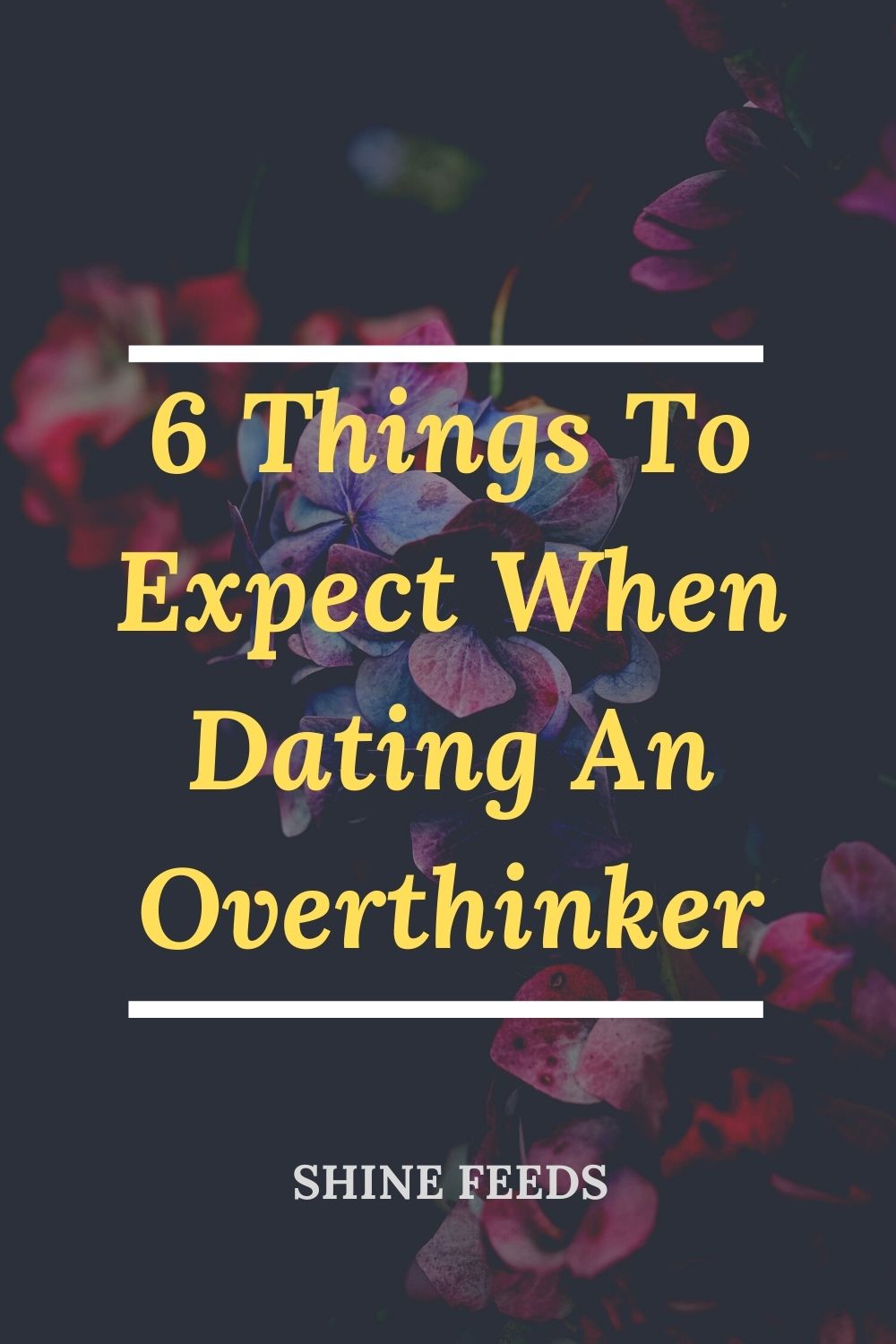 You won’t see that right away. She won’t talk about it and mention her condition just because she wants to talk about something.

She’s an overthinker. She’ll suffer in silence, battling with millions of questions and scenarios in her head, but from the outside, she’ll look perfectly fine.

Her surface is cool and relaxed. She tells jokes and laughs at yours, too. But her mind goes into overdrive beneath all of that. And you won’t notice it ever, unless you really look.

When you want to kiss her, her mouth won’t tremble and her hands won’t shake.

When you call her just because you miss her, her voice won’t match her interior. She won’t seem frightened and confused.

But it doesn’t mean that her insecurities and her overthinking are not present. They are, all the time in your relationship, but she hides it so well. Although, there are times when she loses control over it.

There are times when something happens, and her anxiety gets the best of her. If you don’t pay attention, you won’t see it because to you, it’s so small and insignificant.

But if you look back and remember all the times she seemed a bit distracted and if you know what’s bothering her, everything will be clear then.

You’ll see all the ‘small’ things that happen, small only from your perspective now, and they will have a totally different meaning. They won’t be so small anymore. They’ll be huge.

She’ll worry about what you call irrelevant, but it means everything to her. You just don’t look at the world with the same eyes as she does.

She won’t sleep because her conscience won’t let her.

You won’t have those problems. You aren’t an overthinker. You sleep tight.

She’ll start changing. She’ll lose the person she is because her anxiety will barge in like an uninvited guest—the one no one likes, but you can’t make them go away.

She lives with anxiety, and she can’t make it go away. She has that, and she has to fight it. Sometimes, she doesn’t even know it’s there.

Sometimes, she is calm and all together, but sometimes, anxiety defines her. It takes control of her life and her every decision.

She sees it, but she can’t help it. She knows it’s ruining her happiness and her life, but she just can’t chase it away.

So if you want to date her, you have to know that it’s not going to be easy. If you aren’t ready for her, don’t even bother wasting her time.

It’s not like dating all those women you’ve dated in the past. Nothing will be easy or simple.

Your regular behavior won’t cut it. If you care about her, you’ll have to try to understand her and calm her when anxiety gets the best of her.

But, she’ll repay you for that. She’ll love you like no other girl ever did.

She’ll pay you back for every single thing you do for her. She’ll give you even more. She’ll protect you and keep you safe, and her love for you will never die.

There are so many things you’ll have to change when dating a girl who overthinks everything.

She is not her symptoms. Her disease doesn’t define her. You have to act normally around her, but show a bit more sympathy.

Try to understand her and be sensitive.

The smallest thing can throw her off track, something that represents nothing to you, but it means a great deal to her.

Have a heart and approach her delicately in those situations.

You have to be patient with her

Anxiety comes unannounced. You can’t anticipate it, and you can’t be ready for it.

One moment she can be happy and laughing, but the next one, she is depressed. She’s not crazy or spoiled.

She’s not like a child when you take away their lollipop. She doesn’t get to choose how to feel.

When anxiety strikes, she feels like she’s in a deep blue ocean with no land around her. No matter how hard she swims and how hard she wants to swim to the shore, she can’t.

She can swim for hours, but she is in the middle of the ocean with no land in sight.

When you see her like this, give her some space. Don’t bother her with questions because she needs to sort out her mind.

She needs to file all of her thoughts in the right place, and then she’ll decide what to do next.

You can’t expect her to get over it

You can’t expect her to calm down just because you said so. Being short-tempered in these situations is the worst thing you could do because you will trigger her anxiety even worse.

She sees that you can’t put up with it, that it bothers you, and that feedback she gets from you makes her feel even worse. It makes her overthink why you’re acting like that.

On every move you do wrong she will create hundreds of questions that will bother her. She won’t be able to sleep or eat. It will eat her away.

If she could control her anxiety attacks, she would. You know she has good days, so why wouldn’t she control the bad ones if she could?

Never say ‘get over it’ to her. Never.

Tell her that you’re going to be there for her.

When anxiety makes her a prisoner in her own mind, she loses her sense of control. So don’t get angry if she asks you question after question.

She has a feeling that she’s losing you. Her anxiety is the main one to blame for that.

So by answering her questions and humoring her curiosity, you’re giving her assurance that you’re not planning to go anywhere. That you are in this for good.

You have to listen to her

You have to be there for her every time she needs you. You have to let her talk because in the moments of her overthinking, she has to talk.

She has to get it out of her system.

Don’t pretend you’re listening to her—really listen to her. Maybe she’ll tell you something really important.

Maybe she’ll unknowingly give you a clue on how to deal with her, on how to help her.

Never push her into doing something she isn’t ready for. If you see she’s trying to deal with her demons, let her be.

Give her some space. Don’t bully her into letting you in.

She will talk when she’s ready. If you insist on talking right away just because you’re curious, you’re only going to make her overthink things even more.

You’re only going to make her feel worse.

You have to be there for her, but don’t pressure her into opening her heart if she isn’t ready. It will only chase her away.