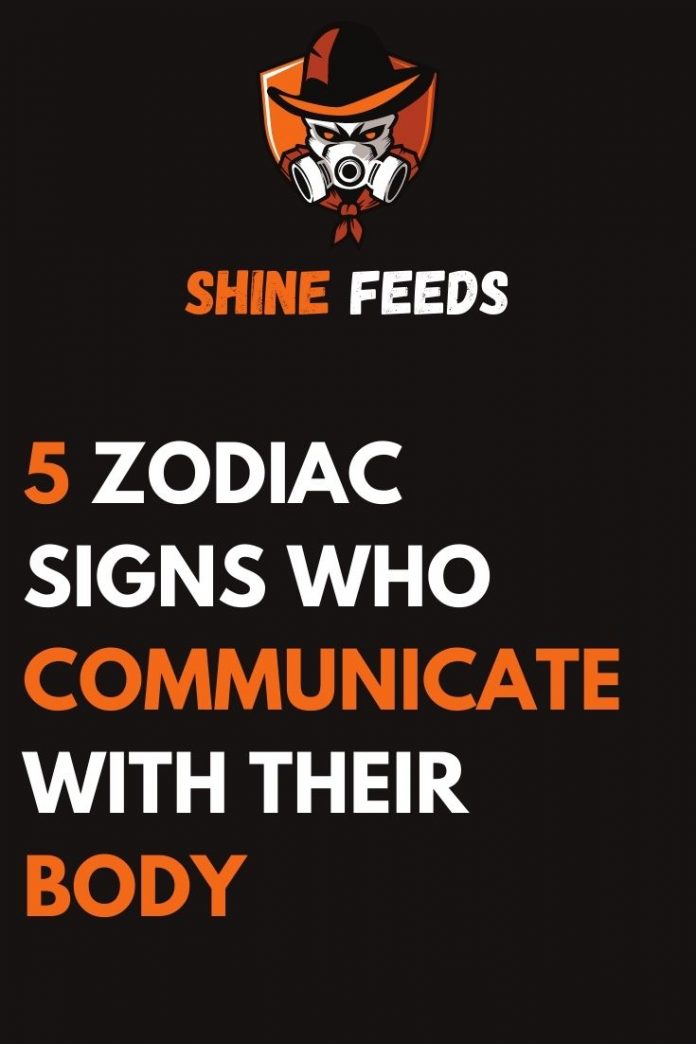 One of the great things about astrology is that it makes you feel not alone. The quirky or weird things you do or say are shared by others, and that can include how you communicate.

Some people are verbal and the words just seem flow from them. They have a fantastic vocabulary and know exactly what to say to someone and how to say it. Then, there are those who use their body to communicate — their facial expressions, the gestures, and even the position of their bodies speak louder than words.

So, who are the zodiac signs who communicate with their body? Well, have you ever had a friend who could communicate volumes just by raising an eyebrow? With that eyebrow raise, you can determine that they are skeptical.

Think about when you meet someone for the first time. If they’ve got their arms close to their sides and are scowling, you’re going to assume they are closed off or don’t like you, even if they haven’t said anything but hello. Sometimes, our bodies say the things we’re too afraid to say.

1. LEO (July 23 – August 22)
Leos tend to communicate with their bodies by gesturing with their hands, facial expressions, and even doing funny physical humor. They like to perform and be the center of attention, and if they do something funny with their body, people can understand it without Leo having to say anything.

This zodiac sign knows that part of being a leader is making a good first impression, so they tend to have strong handshakes, genuine smiles, and are controlled with their movements.

2. PISCES (February 19 – March 20)
Pisces tend to be sensitive and show their emotions on their face by how their mouth is (slightly open, wide open, stretched, or shut tight), their eyelids (open or closed), their cheeks (puffed out or drawn in), and their nose (wrinkled in distaste).

They may gesture wildly or keep their arms pinned to the sides of their bodies. Sometimes, a Pisces will just turn away, indicating they’re hurt or done with the person they’re with. They are very expressive when it comes to communicating without words.

3. TAURUS (April 20 – May 20)
Taurus tends to be very sensual, so communicating by using their bodies comes naturally. A Taurus can communicate through a touch or a caress. If they aren’t feeling something, their body shows it, sometimes by being inactive. If they are being stubborn, their body will demonstrate its wide, grounded stance.

If their opinion will not change, their body is not likely to either. It’s much better when a Taurus is communicating love or caring, and can do it with a small action such as leaning in or with displays of affection.

4. SCORPIO (October 23 – November 21)
One of the main ways Scorpios communicate with their bodies is their facial expressions. If they want to communicate they’re relaxed, they’ll have lowered eyebrows; if they’re questioning, their eyebrows will be raised.

Since Scorpios are known for their intense concentration, it’s not surprising that they may appear to blink less than other people. If they make eye contact, they’ll hold it almost to the point of awkwardness. Scorpios can be flirty and charming ,and will use their bodies to convey sexual interest without being lewd or vulgar.

5. ARIES (March 21 – April 19)
Aries have an abundance of energy, so they communicate equally with their voices and their bodies. The good thing is that what they say matches their body language. An Aries wouldn’t say they were having a good time while they were rolling their eyes, sighing, and nervously tapping their feet.

These individuals make eye contact, hold their heads up, and since they tend to be very positive people, they smile. Aries communicate with their bodies that they’re open and willing to give things a try.