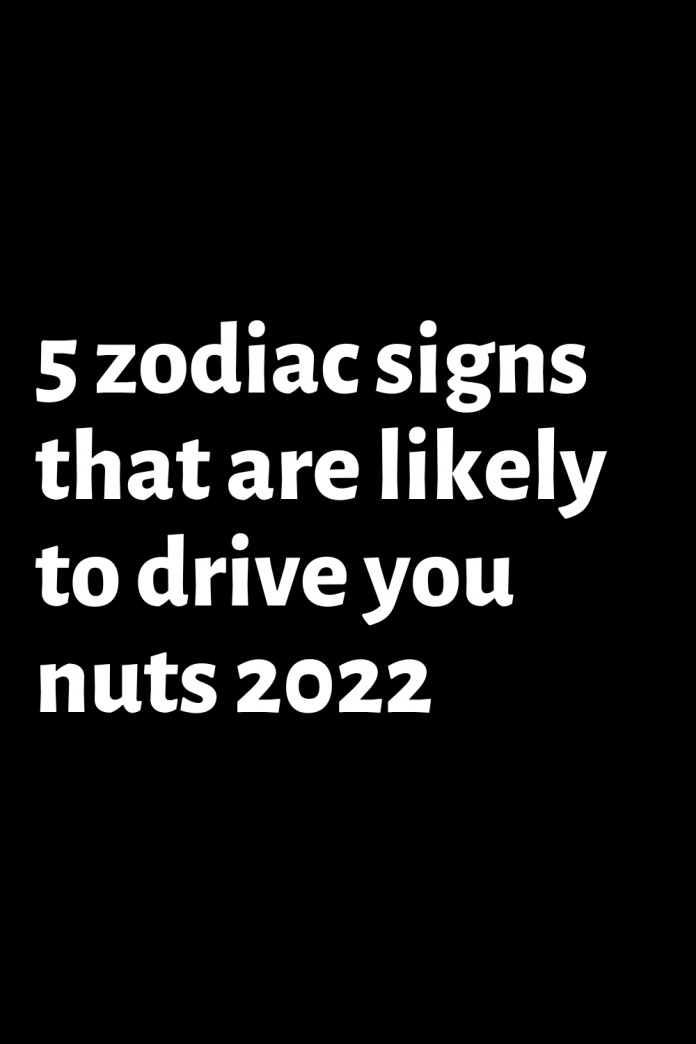 The first sign on the list of “people who drive us crazy” is without a doubt Taurus.

They can be so stubborn that you’ll consider wiping them out of your life completely so you never have to face their attitude again.

They will drive you crazy because they are very smart and quick to say words that will hurt you while you are arguing.

It doesn’t matter whether you are right or wrong, the chances are high that either way you will lose this argument and this is exactly what will drive you crazy.

Gemini are a bit crazy by nature. They know how to say one thing and do the opposite two minutes later.

Although they are fun people to be around, they are capable of being overjoyed at one point and the next, of losing their minds altogether.

Plus, they like to talk about other people behind their backs, so don’t be surprised if a Gemini has put you down in front of others.

On the other hand, it’s really not something that they do intentionally, they just can’t help themselves.

Since they are unpredictable because they change their mind with the wind, never let a Gemini make a decision for you, because exactly that will make you want to pull your hair out!

We know that they are able to hold a grudge for a long time. It is very rare that they let something go so easily.

In addition, they are perfectionists and they will give one hundred percent in anything that they plan to be successful.

Even when they’re spending time with you, they can’t seem to shut up about their project.

And if you ever criticize them for that, they’ll get angry and hold onto that grudge for a long time.

They have a hard time accepting criticism because they tend to think that everything they do is perfect and as a result, they believe themselves to be perfect too.

They hate confrontations. If you’re dating a Libra, make sure your partner will hold back their emotions, just to avoid an argument.

It’s not something healthy or good in any kind of relationship, and it’s likely to drive you completely crazy.

They will pretend nothing has happened even when it is not.

This is going to drive you crazy because you know that nothing is going right, and that you will want to resolve this situation, while they, out of fear, prefer not to say anything just to avoid conflict.

On top of that, don’t go and ask a Libra to decide something for you, they sure will, but it will take so long that you will go crazy waiting for the decision to be made.

Pisces are always floating around in their dream world and you can never really count on them.

You think they are there and listening to you, but they never really are. They have a world of their own.

Since these are souls who are creative by nature, Pisces don’t like being forced to have responsibilities and plans, they are people who are very unpredictable and that is it. which is probably going to drive you crazy.

Don’t be surprised if a Pisces canceled something for you at the last minute. God knows what may have gone through his mind!