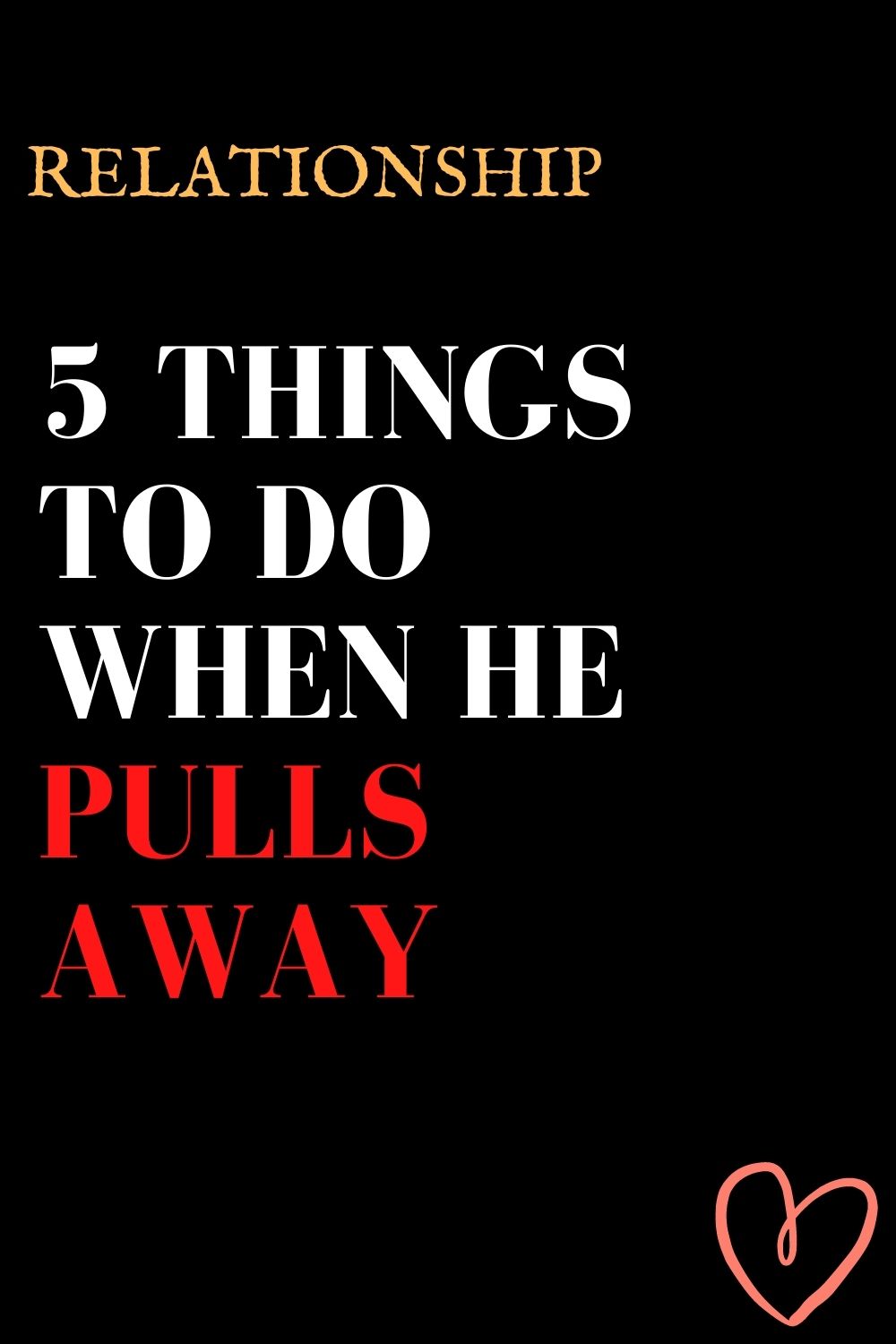 You fall in love. You feel like you’re on cloud nine. You don’t think about your problems anymore.

You have your rose-colored glasses on and the only thing you think about is him.

Then, in the blink of an eye, you start feeling something that you haven’t felt before. You feel that your man isn’t the as same as before and you can’t shake off that ugly feeling.

Sound familiar? Well, this is what happens in many relationships and women around the world would die to hear a piece of advice that could help them solve this problem.

So, if your man is one of the ones who stopped showering you with attention and you feel like crap about that, here is what you can do:

Leave him alone for some time

The worst thing you can do is push him to tell you what is going on with him.

In that way, you will just make things worse. Instead, leave him alone. Yes, you heard me well.

Leave him alone so he can think about his life and the things he wants. Don’t affect him in any way. Don’t call him, don’t text him and what is most important is to not see him if he is not ready for that.

Once he has spent some time alone, he will be sure about whether he wants to be with you or if he wants to continue his life without you.

The thing is that you actually can’t affect his decision so it is better if you leave him alone because he knows the best for himself.

It is true that you are not guilty of the things that happen to him but as his soulmate, you need to be with him in his good moments and in the bad ones as well. Especially in the bad ones.

So, if something like this has happened to him, don’t jump to conclusions but be smart about it.

In that way, he will know that he can count on you the next time something bad happens to him.

Once he gets back to ‘normal mode’, ask him why he did it

When your guy decides you are the one he wants to be with, you need to ask him why he did that.

You deserve to know the answers and you should get them. You are the one who was left wondering why he did it and how you can help him.

You are the one who spent sleepless nights, staring into an empty screen and hoping he would call. I am not saying he didn’t suffer but you suffered as well, especially since you didn’t know what had happened.

So, you have every right to ask him why he did it and why he didn’t allow you to help him.

If he loves you, he will be open about everything and if he tells you he doesn’t want to talk about it, you should think twice about if you want to be with a man who can’t trust you.

If your man decided to pull away, that doesn’t mean that you need to focus on him only.

Focus on yourself and on your life, especially if you are not sure if he will ever come back.

You can’t lose sleep over a man who doesn’t want you to know anything about him. You can’t help him if he doesn’t allow you to do that. Be patient enough and live your life normally.

If he comes back, you can talk about what happened with him and decide if there is any future together. Every problem can be solved if there is a will for that.

So, in the end, it is up to him whether he will come back or he won’t and it is up to you whether you will cry yourself to sleep every night or you will live the life you will be proud of.

Always put yourself first, no matter how much you love him

It is bad when your man pulls away but that is not a reason for you to stop giving a damn about anything.

You should always put yourself first, no matter how much you love him.

It is okay to help him if he wants it but being worried about someone who isn’t sure about you is not a good idea.

You will just end up being hurt in that way and, trust me, you don’t want that to happen.

If he has problems, try to be with him if he lets you. By doing so, you are showing him that you love him and that he can always count on you.

But if he is going to do this every once in a while, you shouldn’t put up with it.

You should take care of yourself when he is not the one who does that.

You should be the reason for your own happiness and not him. Only when you realize this, will you truly be happy.