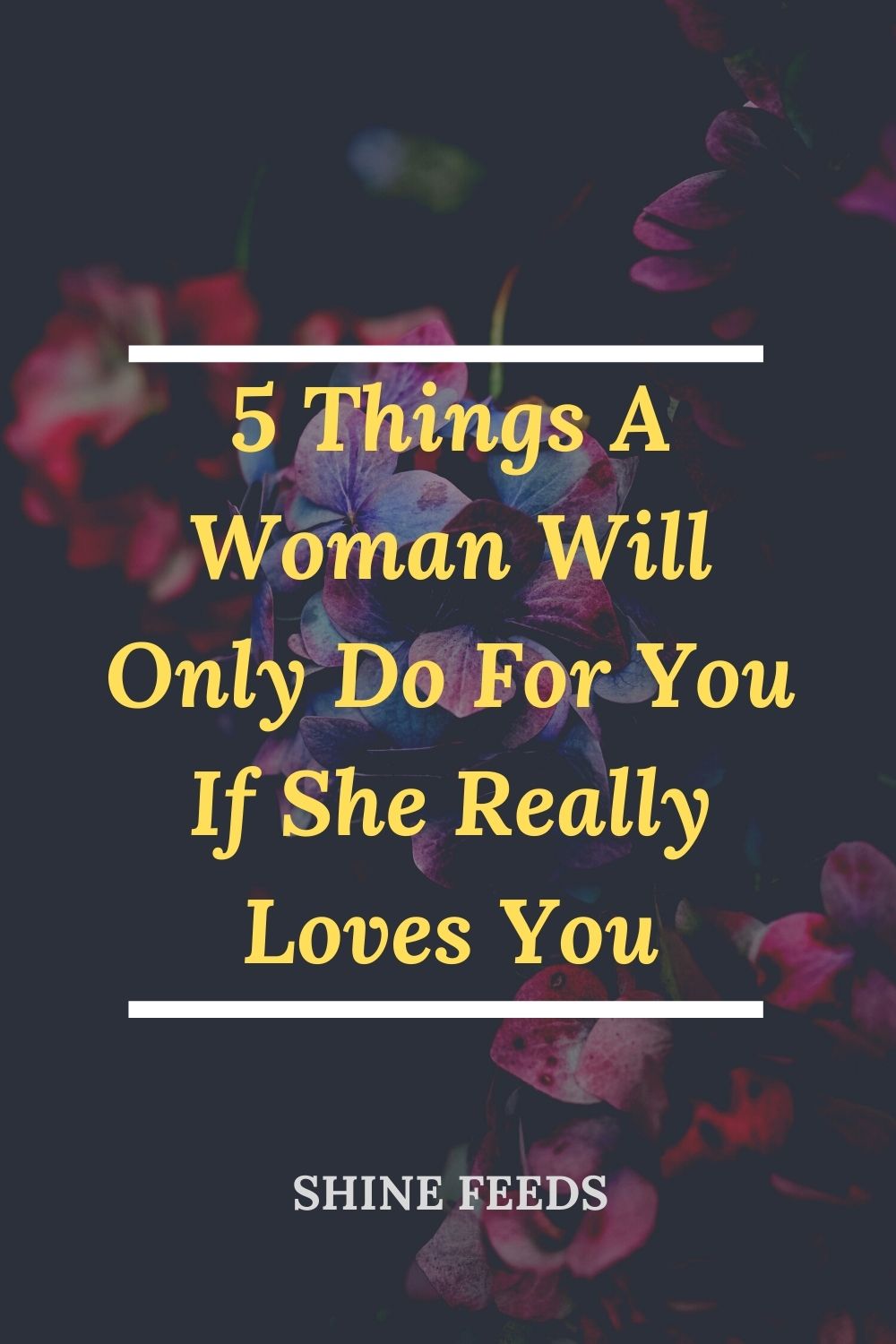 There are numerous ways to find out if a certain girl is into you. But there is a huge difference in every woman’s behavior between when she likes you and when she really loves you.

Take care of you

I know you probably think that men are born protectors and that it is in their blood to protect the woman they love at any cost. And that is not far from the truth.

But that doesn’t mean women are not similar when they love someone.

When a woman really loves you, she’ll have an uncontrollable urge to take care of you.

She may not be physically stronger than you and she may not be able to protect you in that sense but this woman will definitely take care of your needs and she will always be concerned about your well-being.

She’ll show it through the little things: she’ll be concerned if you’ve eaten well, if you’ve had enough sleep and if you’ve gotten home safe.

Sadly, one of the signs that a woman loves you deeply is that she’ll probably let you treat her worse than she deserves.

It’s simple—this woman sees you as a better man than you actually are.

That means that she will always try to justify you and to find excuses for your behavior, even if it is affecting her badly.

But this doesn’t mean you should take advantage of this or that you should use this side of hers. Instead, this is something you should appreciate the most and it is something that should prevent you from doing her any harm.

Know everything about your life

When a woman has deep feelings for you, she’ll want to know everything there is to know about you. I am not telling you that this girl will be nosy or that she won’t let you have your own privacy.

She is simply interested in your life and everything that has to do with you concerns her.

This girl is worried about you and she wants to know where you hang out and who with because she only wants what’s best for you.

She’ll make an effort for you to open up to her, because she’ll really want to know the real you. It means that she’ll be interested in your dreams, hopes, fears, opinions and deepest thoughts.

Besides, she will always allow you to be your true self, without trying to change you, because you are the man she fell in love with, together with all of your flaws.

Make you a priority

Another thing that a girl who really loves you will do for you is that she will always make you a priority.

For this girl, your needs and desires will be more important than her own. She will always put you first and there is nothing and nobody that could change that.

This woman will never be too busy or too tired for you. Instead, she’ll always have enough time and energy to do something for you.

She’ll put all the effort she has in you and into making this relationship work, because you mean everything to her.

So if you are smart enough, you’ll return the favor and you won’t put her second if she puts you first. Instead, you’ll make her a priority without her even having to ask for it.

Go out of her way for you

When a girl loves you, she’ll do literally anything for you. This woman will go out of her way just to make you happy and to make your life easier.

She won’t have any trouble cooking you your favorite meal, accompanying you to a concert of a band she doesn’t like, taking care of you when you are sick or doing anything else in her power just to show you her love.

You’ll see that this girl is going out of her way with you even with the small stuff—you just have to pay attention.