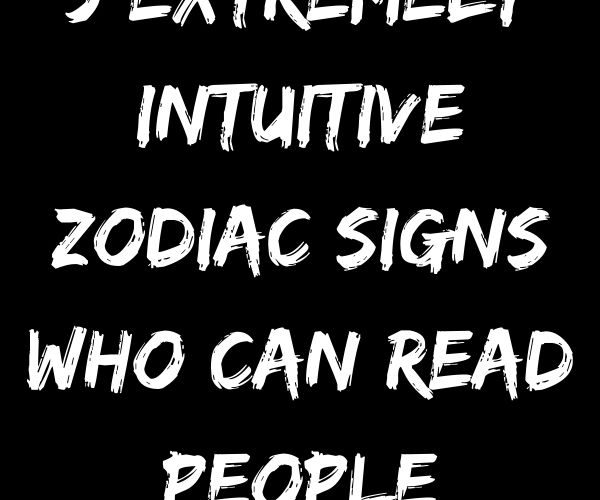 Being extremely emotional themselves, a Cancer will easily pick up on the emotions of other people.

They pick up on people’s feelings and they are able to see past their words.

They have a deeper understanding and they pick up on the vibes the people around them are sending.

That makes them good friends and easy to open up to.

Sometimes they have the feeling that something will happen, even when there are no indications that it will. They have a gut feeling that hardly ever fails them.

The basis of their creative nature comes from their intuitiveness. They have feelings about everything that’s beautiful and unique.

They are truly gifted.

Pisces is also highly sensitive, that’s why they can sense that something is about to happen without having anything that indicates it will.

They just know and they can’t always explain it.

Their friends and family are often surprised by something that a Pisces has foreseen about them.

Don’t even think about lying to a Scorpio—they will see right through your lies and call you out on your BS.

They always know the truth, no matter how hard you try to cover it up.

They pick up on everything—body movements, unsteadiness and nervousness of other people.

They read people like an open book, without giving them hints that they are on to them.

So, think twice before trying to double-cross a Scorpio, as once they label you as a liar, there is no going back. If you want to be in their life, stay open and honest.

One of the most self-aware of all the zodiac signs and because of it, they pick up on the positivity and negativity that surrounds them.

Just because a Libran hasn’t reacted to something, it doesn’t mean that they don’t see what’s behind somebody’s lies.

They avoid conflict, that’s true, but they have also learned that not everything deserves their reaction.

They will always choose to look on the bright side and stay positive; even if they feel like something doesn’t add up, they know that sometimes things get bad and life gets rough but they will always look at the calm and sunshine that the future has in store.

If you are friends with a Gemini, you will notice that they have a habit of finishing your sentences. It’s almost like they can read your mind.

In reality, they can’t but their intuition makes them really perceptive and in touch with other people’s emotions. That’s why they make friends easily.

Also, they are the master of making first impressions; thanks to their personality, they can easily shift to accommodate the expectations of the people in front of them, which can come in really handy in their career.