Some zodiac signs aren’t going to settle for unfair treatment. They demand to be treated with respect. But other signs are used to keeping quiet to keep the peace. They tend to lock their feelings inside in order to avoid causing drama and starting fights. But that needs to change. Here are some zodiacs who are tired of getting taken for granted:

Pisces, you’ve always put others before yourself because you want your family and friends to be happy. You want to support them and encourage them. But loving someone doesn’t mean you aren’t allowed to be annoyed with them. There is bound to be conflict throughout your relationship, and that’s okay. If you ignore the way you feel and pretend you’re fine, then they’re going to continue treating you this way. They aren’t going to realize they’re doing anything wrong. You need to stand up to anyone who hurts your feelings. Tell them what’s running through your head so they can change their behavior — or so you can walk away and find someone who actually cares about treating you right.

Virgo, you don’t need credit from others in order to feel successful, but it would be nice. Lately, you feel like you’ve been putting in all of your effort for nothing. You feel like no one has been noticing how hard you’ve been trying. No one has been giving you a pat on the back or a job well done. You already know your worth. You don’t need anyone to spell it out for you. But still, you wish others would notice how much you’ve been doing. You wish they would stop assuming that you can handle it all, that you’re completely unfazed by all the stress that’s been dropped on your lap, and congratulate you on everything you’ve accomplished.

Cancer, you’re used to being the one who cares more. The one who tries harder. The one who reaches out to others to check in on how they’re doing and the one who runs around completing favors. But you shouldn’t be giving and giving without ever receiving anything in return. Relationships are supposed to be two-way streets. Even though you might not expect anything back from your loved ones, that doesn’t mean it’s okay that you’ve gotten nothing. They should be there for you too. They should be putting in an equal amount of work — or at least some work. You deserve to feel cared for too.

You’re not afraid to work hard. You’ll keep your head down and focus at the task at hand without worrying about what others think of you. But deep down, you care more than you let others know. That’s why it’s so frustrating that lately, you feel like you’re blending into the background. You feel like no one is acknowledging how hard you’ve been trying, how much effort you’ve been putting in every single day. You feel like you’re invisible when really, you should be getting some congratulations and support. 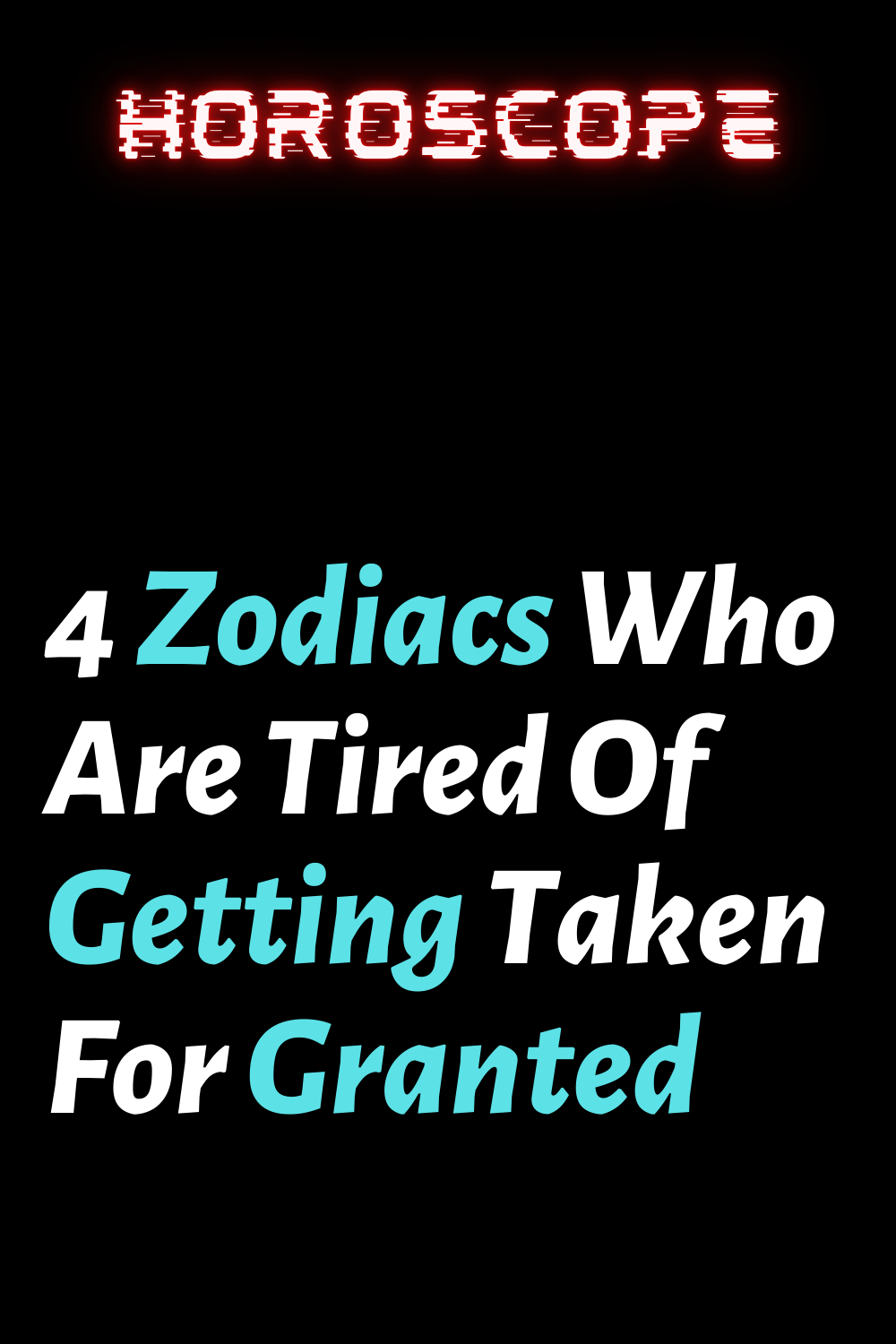 Brutally Honest Reasons Why You’re Undatable, According To Your Zodiac Sign 2022

WOULD YOU LIKE TO CHANGE YOUR LIFE? MAYBE YOU WERE BORN UNDER ONE OF THESE ZODIAC SIGNS

WHAT ARE THE BEST ZODIAC SIGNS IN FRONT OF THE STOVE?