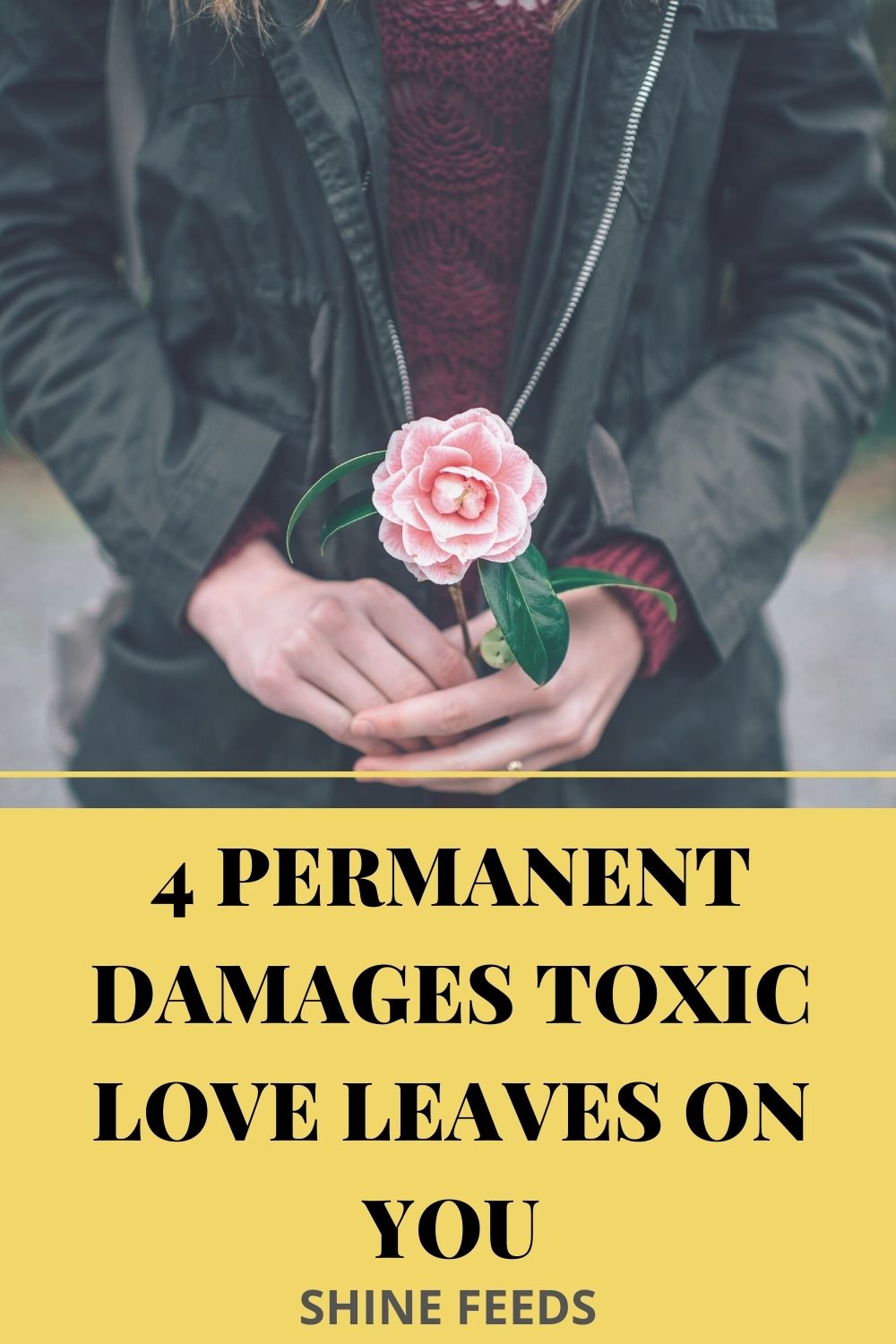 Good news is that you can heal from a toxic relationship, no matter how devastating it was. You can move on; you can get over your toxic love and the pain it caused you.

You can fix your broken heart and glue yourself back together. You can rise from the sadness and start over.

However, I have to tell you the painful truth (and this is something nobody deserves to hear): you can never recover one hundred percent. You can never go back to being the woman you were before all of this hit you.

This is something nobody is telling you, but toxic love leaves permanent damage on your heart, soul, and mental health and here are the most common ones.

1. It ruins your relationships with other people…

One of the worst consequences of having a toxic lover is the fact that he manages to ruin all the other relationships in your life in the long run as well, including friendships and family relations.

While you’re with a toxic man, he does everything in his power to distance you from everyone else in your life.

This is especially the case with the people closest to you, because they’re the ones who mean you well and potentially might open your eyes regarding him.

And that is something a toxic person cannot allow. So, he brainwashes you into thinking that you should cut ties with everyone surrounding him and that he is enough for you.

Even after you’re done with such a man, treating your loved ones like this leaves permanent damage on your relationship in the future.

Most importantly – whether you like to admit it or not – you keep asking yourself if he was right about some of them, even though you know you shouldn’t have these thoughts.

2. …and your future romantic relationships

I won’t lie to you, you’ll never be the same after surviving toxic abuse and this especially goes for your romantic relationships.

From now on, you’ll always be extra careful when meeting someone new, looking for traces of that evil man who destroyed you in every guy who tries to approach you.

Even though the walls you’ve built after him can also be a good thing, the truth is that they damaged your romantic future for good.

As much as you’ll try to do so, you’ll never be able to give your entire heart to another man without holding any parts of yourself back.

3. It makes you insecure

Another permanent damage your toxic love left on you is your increasing insecurity.

Before you met this guy, you were a girl who believed in herself and had no trouble with her self-esteem. However, all of this changed after he marched into your life.

Now, you can’t help but constantly wonder if you’re worthy of anyone’s love. Are you enough and will there ever come a man who will see your true value?

Besides, all of this insecurity causes your problem of overthinking. Even if a guy treats you like a princess and does everything in his power to make you realize how much he loves you, you’ll never be completely certain of his honesty.

As much as you try to fight it, there always remains a part of you that doubts. A tiny voice in the back of your head, telling you that things will go downhill sooner or later and warning you never to relax.

4. It brings depression and anxiety

Despite the state of your mental health, two of the most common consequences of a toxic relationship are depression and anxiety.

Of course, all of this can be successfully healed, but it doesn’t mean they don’t leave a trace on you.

Aftermaths of toxic love are usually self-isolation, negativity (or even suicidal tendencies), pessimism, and loss of faith.

The truth is that after you go through something like this, you never look at the world with the same eyes again; you’re never the same person you used to be.

These Chances Of Your Zodiac Sign Meeting Someone Special In 2021

February 8, 2021
The Shine Feeds is your news, entertainment, music fashion website. We provide you with the latest breaking news and videos straight from the entertainment industry. Fashion fades, only style remains the same. Fashion never stops. There are always projects, opportunities. Clothes mean nothing until someone lives in them.
© © Copyright © 2021-shinefeeds.com. All rights reserved