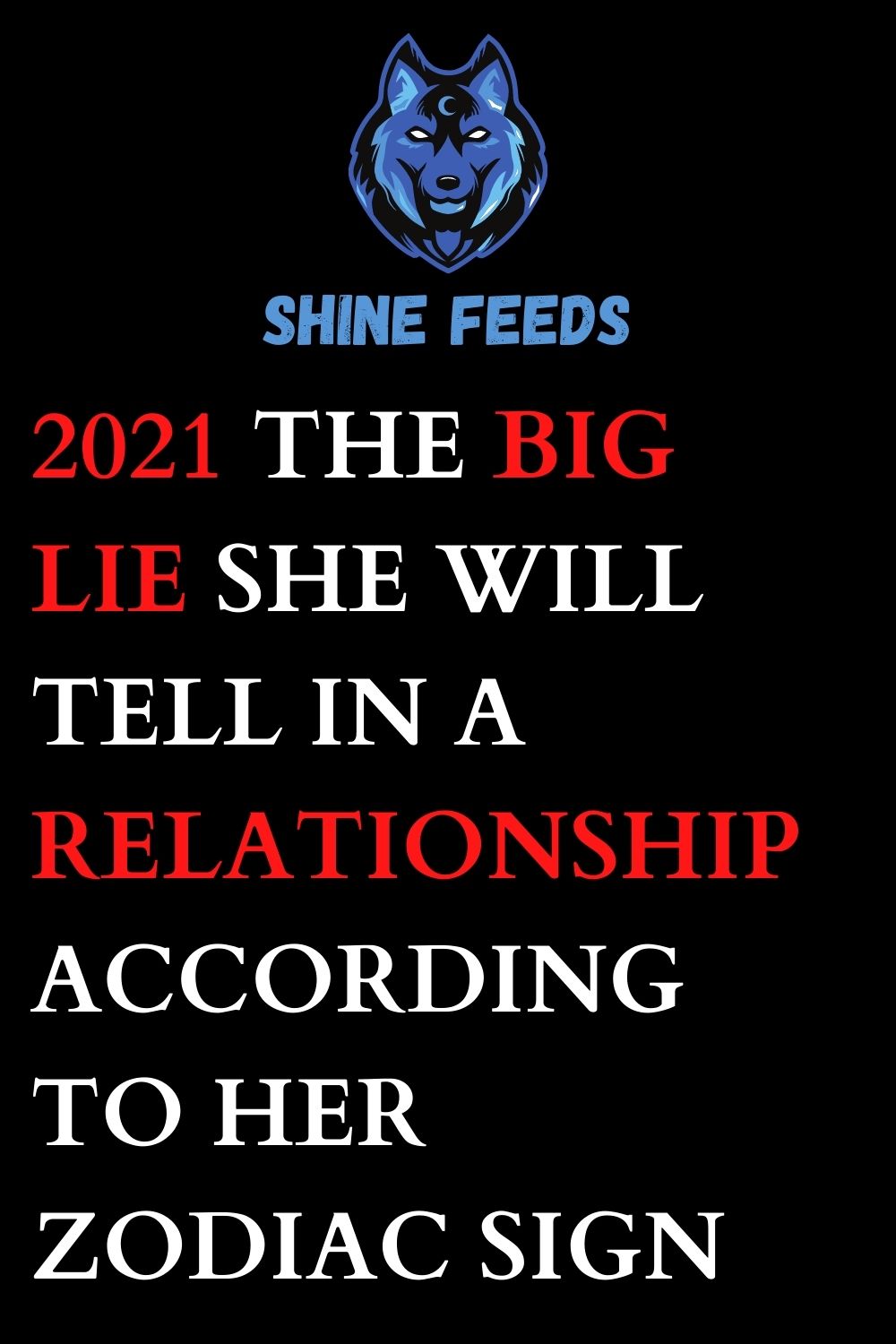 Lies happen in relationships way more often than you might think. But is that really okay? Is that acceptable? There are certainly a few lies out there that are okay to tell in the eyes of some people. The most common examples of acceptable lies are white lies. But there are also other forms of deceit that might be just a little too difficult to swallow. And these lies can cause some serious trouble in relationships.

But the real truth is that we are all prone to lying and deceit no matter what Zodiac sign we are. That means that we are going to have our fair share of lies in our relationships as well. If you’re curious about what kind of lie that your girl is going to tell in your relationship, then you might want to refer to astrology.

An Aries is always going to tell you that she’s okay even when she clearly isn’t. she’s going to make it seem like she has everything together even when it couldn’t be farther from the truth. She does this to convince herself that there is nothing in this world that is bogging her down or holding her back.

A Taurus is very good at hiding her anger. But of course, everyone has their breaking point. And when things break down for a Taurus, then that’s when you will see true hell on earth. But until then, she will try to make it seem like she isn’t really upset or angry about anything.

“I can’t go. I’m feeling under the weather.”

She isn’t sick. She just doesn’t want to go. She gets bored way too easily and she wouldn’t want to waste her time doing boring things.

“Everything is going okay between us.”

Even though everything is really bad, Cancer is still going to want to make you think that everything is going fine and according to plan.

“I haven’t talked to my friends about you.”

Of course, she has. Even when the two of you first started becoming a thing, she was already talking to her friends about you. Remember that she always wants to be the center of attention. And any chance she can get to draw attention to herself isn’t going to go to waste.

“I love being impulsive.”

No, she doesn’t. A Virgo isn’t one who likes to do anything out of the ordinary. She is very set in her ways and she isn’t really going to want to do anything that would be deemed as uncharacteristic or impulsive. She likes to be very methodical and deliberate with her actions at all times.

“I know exactly what I want out of this relationship.”

A Libra is a woman who is in a constant state of self-discovery. She doesn’t know what she wants just yet and you have to help her figure things out.

“I was never into that guy!”

A lot of the time, a Scorpio is going to tell a lie just to avoid unnecessary drama and trouble. She knows that there would be certain truths that would just upset you and tick you off. She would rather just lie to maintain peace in a relationship.

“I’ll be there in five minutes.”

You can bet that she isn’t. A Sagittarius is never the type of lady who is going to adjust her time or schedule for anyone else. She doesn’t want to live her life in the control of others. She just tells you that she’s going to be ready soon so that you don’t stay mad at her at that moment.

She knew. She is just making it seem like she is still learning more and more about you as you go. But she has definitely done her homework. She knows what’s up. She practically already knows everything that needs to be known about you. Nothing takes her by surprise anymore.

An Aquarius tends to be very tactless because she always calls it as she sees it. But whenever she sees that something she has said has hurt your feelings, she will be quick to tell you that she’s only joking so as to soften the blow.

“You look so good in that outfit!”

But it’s all just an effort to fluff your ego. Even when you aren’t looking your best, your Pisces girl is still going to tell you that you look amazing. She just wants you to always feel better about yourself.Things to Remember While Loving a Pisces and if you are in a relationship with a Pisces.