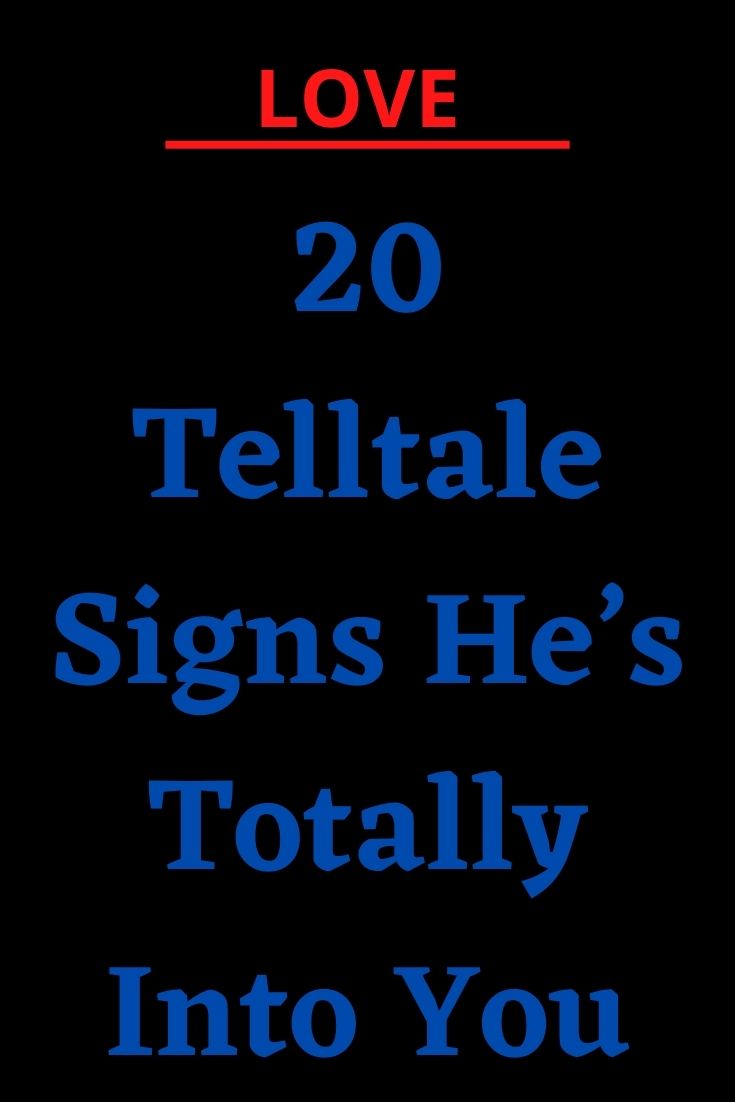 This is a very common question that many ladies are concerned with.

Especially if you had some bad experiences in your past, you simply find it hard to trust anyone, and even if they tell you that they are crazy about you, you wouldn’t believe them.

It’s perfectly understandable, and you shouldn’t worry about it because I’m here to open your eyes and help you.

You see, men can be really complicated (and they say that women are those who like to complicate things), and that is why sometimes it’s really hard for you to decipher his feelings and intentions.

He might say one thing, and you will understand it completely differently.

His actions might be pure, but you will understand them differently. Aren’t you sick of all of this drama regarding whether he’s into you or not?

Wouldn’t it be easier if there was a certain schema that will tell you immediately everything you needed to know? Now you probably mean: Well, of course, it would be easier, what kind of a question is this?!

Good news, there actually is! There’s a schema that can tell you whether your guy is into you or not.

So, to save yourself trouble and unnecessary overthinking, just pay attention whether your guy exhibits these 20 signs which are indicators of his affection toward you. Isn’t that great, right? Let’s see!

20 telltale signs he’s totally into you

1. He calls or texts you first

You know he likes a lot when he’s the one who’s initiating contact most of the time. It means he’s thinking about you and wants to know what you are doing at the moment.

He calls you to hear your voice because it soothes him, and he wants you to know that.

He doesn’t play mind games while texting because his only motive is to let you know how much he’s into you (and he doesn’t want to screw things up).

2. He initiates plans to see you

He is constantly initiating plans because, evidently, he wants to see you! He enjoys your presence, and he wants to make sure that he’ll spend time with you together laughing, doing fun things, and getting to know each other better.

He never makes excuses about being too busy because seeing you is his number one priority, and he’ll do anything to make it happen.

And when he starts preparing for a date, he always makes damn sure to look his best for you because he wants you to notice him, and he wants to make you proud of being with him.

3. His eyebrows raise when he sees you

Have you noticed whether his eyebrows rise when he sees you? You’ve probably been busy with something else at the moment you saw him, so you are forgiven. But, next time you see him, pay attention to his face.

If his eyebrows rise when he sees you, it means he likes what he sees, and I mean, really like!

When he talks to you or when you’re talking to him, he always looks you deeply in the eye, and you get the feeling that he’s losing himself while looking at you.

He gazes at you a lot and sometimes you even think that there’s something on your face you need to get rid of.

The reason why he maintains eye contact is because he’s genuinely interested in getting to know you better, and he is mesmerized by your appearance and personality.

He wants you in his life, and he does everything to make it possible.

He doesn’t stop calling you immediately if you’re not answering his calls. He dials again in hope that you’ll be there.

He is persistent no matter what because he wants to win you with all of his heart. In his mind, you’re a queen who is worthy of his every single effort and time.

6. He listens to you carefully

He’s not like other guys just waiting for the opportunity, and when they are not talking, they pretend that they are listening to you while thinking about what they are going to say next.

He’s not that kind of a guy because he’s genuinely interested in everything you have to say to him. He listens to your words carefully and answers accordingly.

And he remembers everything you say to him. The conversation with him seems natural and relaxing.

It’s really hard to get a man to open up to you, and if he’s talking freely about his passions, work, friends and other life stories, you can be sure that he really likes you.

He does this because he wants to impress you with all of his achievements so far.

He wants to share everything with you because he cares about your opinion of him (and he wants to make damn sure that you’re into him as well as he’s into you).

8. He helps you with things

Whatever you need, he’s there. If it is for you, he’ll do anything because he cares about you and he wants to help you. He also gives you advice on certain matters because he wants you to know that you can rely on him.

Summarized, if you’re happy, he’s happy as well. He wants you to be carefree and relaxed, and he’s always there for you because he feels it’s his duty to protect you.

So, next time you ask yourself: Is he into me?, be sure as hell that he is.

9. He introduces you to his friends (and family)

His friends are like brothers to him, and if he introduces you to them, know that it’s the real deal.

You can be sure that he’s crazy about you, and that is the main reason why he introduces you to his friends and family.

He wants them to see what a beautiful and smart lady you are and how happy he is to be with you.

10. He mirrors your actions

Mirroring is the behavior in which another person subconsciously imitates your gestures, manner of talking, and attitudes.

And the science says that the mirroring phenomenon is a reflection of having a desire to please.

So, next time you see your guy, pay attention whether he’s imitating your behavior. He might start drinking at the same time you do.

He might scratch his head the moment you start doing it… If he does, he is trying to please you, and do you know why? Because he’s crazy about you.

11. He seems happy around you

A guy who is not into you, will never, ever ooze with happiness when he’s around you. (Remember that).

So, if you see him smiling often, bursting with positivity and genuinely being happy in your company, it means he enjoys spending time with you, and he likes you a lot. And one thing’s for sure, you can never fake happiness if you’re not really into someone.

12. He makes future plans with you

He talks about visiting some interesting places, trying new things with you, and so on.

He makes these minor future plans because he wants to let you know that he really wants you in his life.

He wants to have fun with you and spend time with you now and in the future. He wants you to take him seriously and never doubt his intentions.

Have you ever noticed how guys have this tendency to walk beside their girls? (Well, not all of them). They do this because of their instincts to protect their women.

If your guy does this, he is subconsciously putting himself in a position to protect you from any harm, and he’s concerned more about you than himself because you are his priority.

Complimenting is one of the biggest signs that he’s totally into you. He compliments your hairstyle, your sense of fashion, your personality. He tells you how beautiful you are and so on.

He compliments you a lot and not because he forces himself to do so, but because he admires you a lot, and he is genuinely smitten by your presence. He wants to make sure that you feel happy and you are comfortable in your skin.

15. He leans toward you when you talk

He leans gently toward you every time you start talking, and he has this cute expression on his face saying: I’m here, and I’m interested in what you have to say.

This is another body language sign that he is excited about everything you have to say, and he wants to learn more about you.

16. He touches you and encourages you to touch him

He touches your knees, shoulder, your hands, your back…and he does so in a subtle manner.

For example, when you’re leaving the restaurant, he gently touches your back or when you’re sitting, he has the urge to touch your knees while explaining something to you.

Also, he encourages you to touch him by showing you his tattoos or similar.

He wants to touch you and feel your touch because it makes him go crazy for you even more. And he can’t fight his urge to be as close to you as possible.

Remember how the boys use to tease other girls when you were still children? Do you know why they did it? They did it because they liked them, and it was their way of showing affection to them.

The same principle remains even when men become adults. So, if your guy teases you and pokes you here and there, he does this because he LIKES you.

18. He points his feet towards you

The science says that if his feet are directed towards you, it means he’s into you.

He subconsciously points his feet towards you because he is enjoying your company, and his body language starts showing it, too.

If a guy is not interested, his feet will be pointed in other directions than you which means he’s subconsciously trying to find an opportunity to run away.

So, if you see his feet directed toward you, know that it is a damn good sign he is into you.

19. He treats you differently than others

He treats others with appreciation and respect as well, but when it comes to you, there’s a slight difference. When he’s with you, he tries harder to impress you.

His gentlemanly manners become sharper, and he’s all into making you happy. He treats you differently than others because you are special to him, and you can see it from his words and actions.

When a guy communicates with the girl he likes, his voice softens because his body is telling him to treat you with care and be gentle to you. The same goes with babies.

When men are exposed to something that innocent as babies, their voice softens as well.

His heart and voice soften because he gets mesmerized by your presence.

If your guy does this, you can be one hundred percent sure that he is madly and deeply crazy about you, and he wants you to notice it, too.