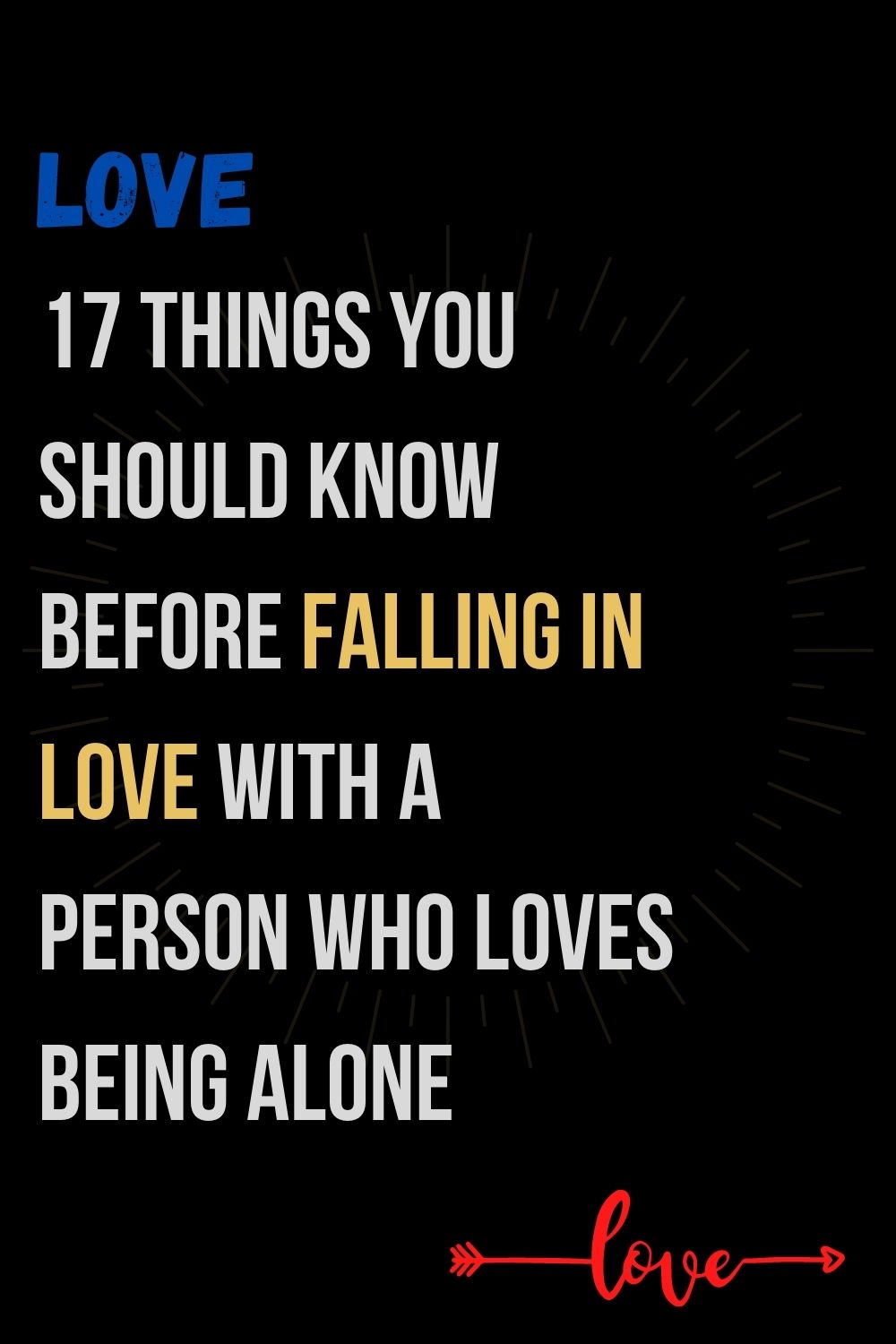 They will always prefer solitude over company.

To them, being alone is a stress reliever.

As most people like to go out on a Friday night and enjoy a cocktail with their friends, people who love being alone choose to stay at home and watch Netflix.

You have to accept that and don’t try to change them.

The commitment will be an issue.

These people won’t commit to you easily because commitment means their alone time will be disturbed.

And that is something they will protect by all means necessary.

They do enjoy being surrounded by people.

But this comes in small doses. Even if they prefer being alone, it doesn’t mean they can’t stand crowds.

They love hanging out with friends but only for a certain amount of time. Then, they go back to their fortress of solitude.

When they commit, they are yours all the way.

It’s not an easy process to get them to commit, but when they do, they are truly yours.

They come off as introverts because they value their time alone more than the average person, but the truth is, you just have to be patient with them.

When you get them to trust you, they will open up to you.

Sometimes they will ignore you.

This has nothing to do with you. You didn’t do anything wrong.

They just need their time alone to feel better and to gather their thoughts.

They want to travel alone.

Traveling in a group is also an option and they won’t turn it down, but traveling alone is something they need to do because it’s who they are.

They want to walk the streets of an unknown city by themselves and explore on their own. It’s who they are.

You won’t notice them at the party.

They like to be down low. They don’t want a big bang when they enter the room.

In other words, they choose to be observers instead or main characters in any scenario.

They need their space as bad as the air they breathe.

Space and some time alone is the priority for them in any relationship.

If you’re needy or clingy, you won’t be happy with them.

When they leave with no explanation to be on their own, you have to let them and don’t ask too much. You just have to understand.

They are usually very emotional.

People that like to be with themselves really feel things.

They live through their emotions and in that time of solitude, they deal with it.

If you say something they might misinterpret, it’s going to hit them hard and they need some space to solve it, especially then.

When they are with you, they are devoted to you.

When they are with you, their minds don’t wander off.

They are really with you emotionally and physically.

I guess this is their way of thanking you for letting them have their alone time.

In fact, they want to avoid it under all circumstances.

When they feel endangered of being criticized, they will run away from that situation or even please people just so they don’t get criticized.

They feel the energy around them.

If you’re upset, they will pick up on it and they will be instantly empathic and compassionate.

So, there is no point in hiding your feelings from them and keeping your mouth shut because they already know something is going on.

If you want an independent person by your side…

you don’t need to look any further. Choose them!

They are perfectly comfortable sharing their space with you but without any talking involved.

So, the perfect date would include reading a book or watching a movie without any comments.

They are always calm.

It’s the best thing about them. If you’re in a panic because something is going on that you can’t control, they will calm you down.

They keep their cool even in the worst situation.

That is definitely a type of a person you want to have by your side when you are in a crisis.

The fact they want to be alone has nothing to do with their feelings for you.

It’s something they need.

If you take it personally, you are not the right person to love someone who is used to being alone.