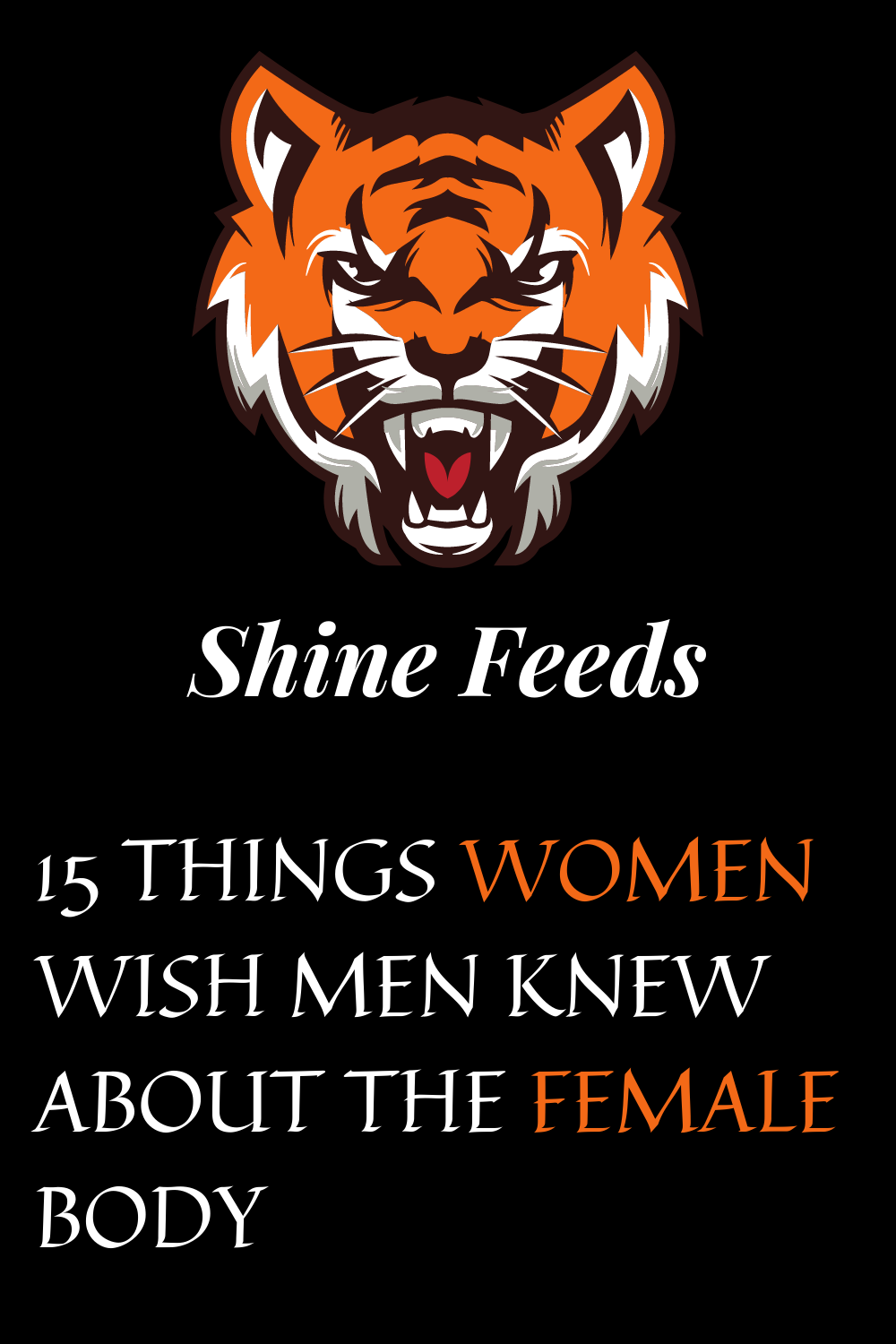 Although we are human beings who share the same genetic makeup, there is still an exponential difference between men and women when it comes to biology. It’s difficult for us to understand how each other’s bodies work because the shoe can never be placed on the other foot – except with advanced sexual reassignment surgery.

Seeing as not many people want to do that for the purpose of education, we all have to make do with the traditional way of teaching each other new and useful information.

Why should men know more about the female body?

They say women are complicated and hard to understand, but they haven’t even scratched the surface. If you really wanted to know more about us, you should focus more on the basics of the female anatomy. Everything we do is connected to our bodies. Our brain controls everything – even the formation of each and every part of our body.

The purpose of learning more is not just to get your facts straight, but also to apply that knowledge to how you interact with a woman. This is especially important in terms of sexual pleasure. Aside from that, knowing the ins and outs of the female body will help you better understand why we do the things we do and why you can’t do anything about it.

Still, knowing is half the battle, so go ahead and do some research. We guarantee that it will make your life a whole lot easier, especially if you’re dating a woman. [Read: 23 things girls wish guys knew about a girl’s mind]

How are you supposed to learn?

You don’t necessarily have to attend a seminar to explain the workings of the female body. All you need to do is start the conversation. It takes just a little time to ask a question and receive a simple answer. This, however, does not apply when a woman is hormonal because they might misconstrue your curiosity as criticism.

The fact remains that it’s better to have a little bit of information at your disposal. But then again, you might not even know where to start in terms of asking questions. That’s what we’re here for!

What should men know about women’s bodies?

Although there are a lot of guys who are intuitive enough to understand women, it’s impossible to say that they know everything. There are still a few things that are rarely discussed, which brings us to this list of things that women want guys to know.

#1 Our hair grows faster than yours. Don’t be surprised if there are days when you graze our leg stubble. It’s hard enough to scrape your skin with a deadly weapon. Don’t add to that excruciating task by complaining about us not shaving.

#2 We are not that flexible. Yes, some of us are open to some kink, but that doesn’t mean we’re amateur contortionists. Most men think that it’s okay to arrange our bodies during sex in really, really uncomfortable positions. It’s not. So stop putting our legs over our heads without asking. [Read: The LovePanky 30 sex positions in 30 days challenge]

#3 We did not wake up like this. Some women are blessed with clear skin, high metabolisms and glossy hair, but most of us need to work on the awesomeness you see before you. Women moisturize, exercise, eat healthy diets, get facials, exfoliate, etc. Being hot and healthy is a full-time job that takes money and discipline. Give props where it’s due, okay?

#4 We’re not crazy. Promise. Women are more likely to be irrational because of hormones. Birth control and periodic hormonal imbalances *menstruation, ovulation, menopause, pregnancy* contribute to these mood changes. So, you better learn to live with it. [Read: 10 quick ways to make her feel so much better on her period]

#5 Our boobs can hardly feel what you’re doing. Breasts aren’t sacs filled with nerve endings. They are just as sensitive as the skin on our arms. Men don’t realize that it’s difficult to elicit the level of sexual pleasure they’re aiming for when they focus on breasts.

#6 Neither do our asses. It’s the same principle with breasts. So, stop rubbing and caressing it like a cantaloupe in hopes of making us moan. [Read: 25 things that turn a girl on about a guy]

#7 You do not need to concern yourself with our breast size. Men should just admit that they have no idea what the different breast sizes look like. They just want to hear a minimum B cup, and they’d be happy as a clam.

#8 Our ovulation period is a very big deal. It’s not just about the perfect time to get pregnant. It’s also the perfect time to not have unprotected sex as much as possible. When we say we’re ovulating, it means that you should at least have the decency to offer to use a condom. And girls, stop saying yes to unprotected sex if you’re scared shitless of getting pregnant.

#10 A hymen is not a finish line ribbon. You did not win anything by devirginizing a woman. All you did was break a sheath of skin and ruin your sheets. Stop making a big deal about the hymen because it has no value, except for cultural reasons.

#11 Our vaginas don’t overstretch. They feel loose because the muscles inside are weak. The vagina is equipped to accommodate a tiny human being, yet it usually retains its tightness after giving birth. The only reason why a vagina would feel very loose is if a woman’s vaginal muscles aren’t getting enough exercise. Say it with me: Kegels. [Read: Kegel exercises and why men and women should do it]

#12 The urethra is not the clitoris. Some men think that any bump along the vulva is the clitoris, especially the opening of the urethra. This is because the urethral opening can sometimes be elevated and can feel like a clitoris. It would be better if a man just looked to see where the clitoris actually is, instead of making his partner susceptible to a urinary tract infection.

#13 That’s not how you use the clitoris. Men were ecstatic when women finally taught them how to find the clitoris. The problem was that it was easier to teach men where it was located than how it was supposed to be used. It’s different for every woman, so please, just ask! [Read: 8 tips to give her oral sex like a pro]

#14 That’s not how you penetrate the G-spot. Just like the clitoris, knowing where it is does not guarantee that you’re making contact the right way. Again, this depends on how a woman feels when her G-spot is being stimulated. Speed, angle and overall foreplay play a big part in this.

It doesn’t take a genius to understand the basics of the female body. You just need to be open-minded, be willing to ask questions and be open to experimentation.