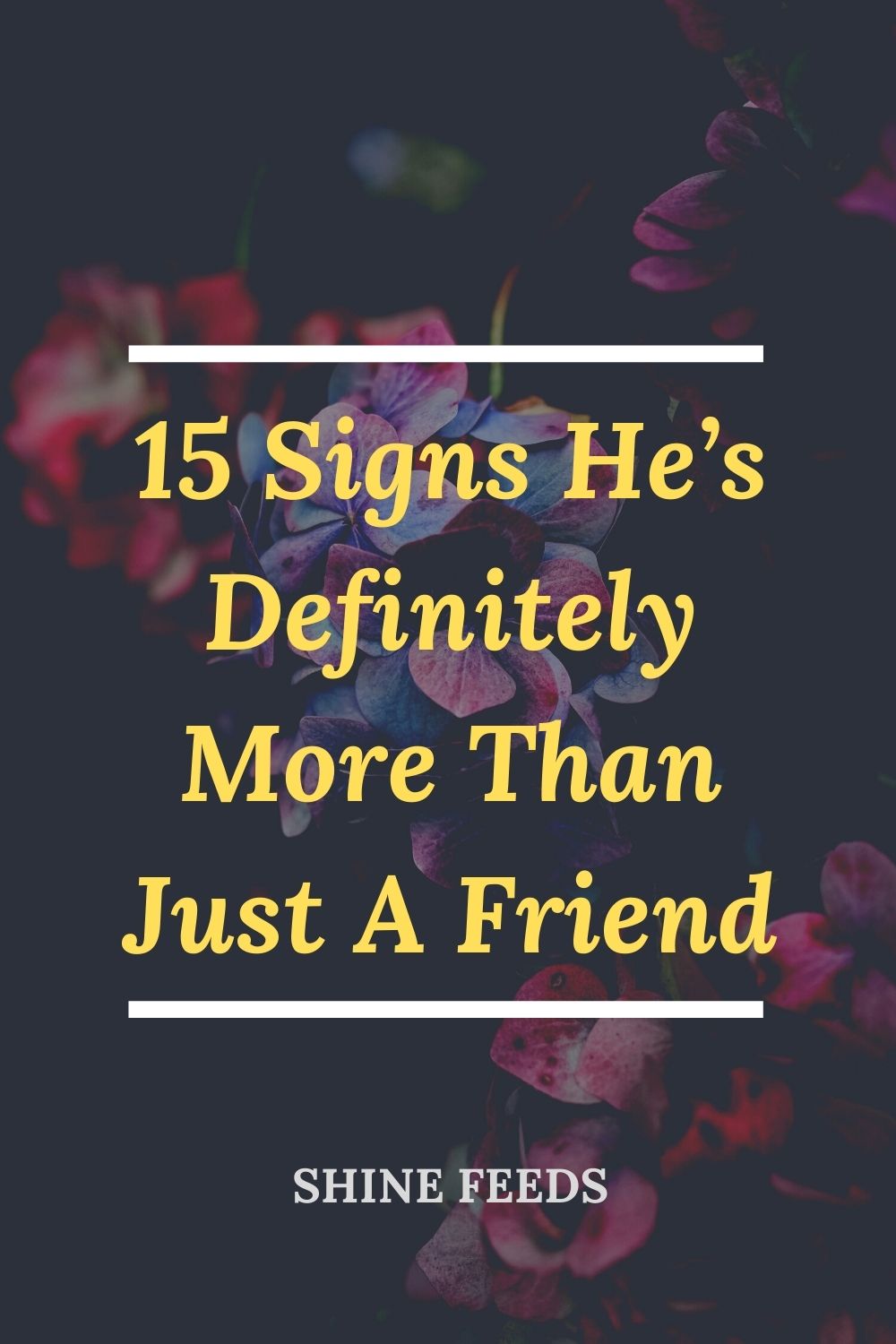 Human nature is just not that simple and despite the fact we think we know everything, we can’t possibly know what goes around in other people’s heads.

Therefore, it’s pretty impossible to read someone, to know how he feels about you, whether you are just a friend or if he sees you as something more than that.

Sometimes a beautiful love can be born out of an ordinary friendship, or you may just be stuck in a ‘friend zone’, which you can’t get out of, no matter how hard you try.

You get stuck in a place where you can’t express your true feelings because you know that person sees you just as a friend and you don’t want to risk losing that friendship.

Here are some signs that will tell you for sure if it is worth taking a risk and making a move. Does he see you strictly as a friend or maybe something more than that?

You can feel him staring

You catch him glancing at you when you’re not looking. A friend would never do that.

This means he has got something to hide, and it’s probably his affection toward you. You even try to catch him in the act, but he’s too quick and looks away.

Maybe you even stare at him after that, to see if your eyes will meet, but he knows that and he will never look at you now.

He would rather pretend he has something important to do, even though he feels your stares on the back of his neck.

He knows much more than that because he cares about you, because you are important to him.

When you are constantly in the company of a person whom you like, but whom you are friends with, you won’t be able to resist touching that person or having any kind of physical contact.

Of course, that touching is perfectly normal in friendships but only to a certain degree.

Once that becomes more often and different to the ‘regular’ touching, it hides deep desires that person has toward you.

Teasing with an elbow, trying to hold hands, hair strokes… All of these can be signs he is wanting something more than just friendship.

He is always near you

Whenever you are in a group, he finds a way to sit or stand next to you. He is always trying to have any kind of conversation with you.

He even laughs at your jokes that may not be as funny as you think.

And when he sees you are about to stop talking, he asks new questions, just to keep you going, just so he can listen to you and spend some more time with you.

He treats you differently when you are alone

He never avoids eye contact but actually initiates it. He treats you like you are the most special person to him.

He takes care of how he looks and what he is talking about when he is with you.

You see, he is trying to impress you, because he doesn’t try that hard when you are in a group.

He wraps this one up pretty well. Once you get to know him enough and when he gets more comfortable, he will start flirting with you but presenting it as joking and teasing.

He will tickle you, or stroke your cheek and all out of ‘pure friendship love’ — as if!

That’s just an excuse to see if you feel the way he feels and if you want something more, because he clearly does.

In friendships, communication is usually equal, but not if this is a situation in a woman-man friendship, where one side has feelings that are a bit stronger than the ones you would usually have for a friend.

If he is always texting and calling first, it means he is eager to spend more time with you, which usually means he has much deeper feelings for you than you thought, or which you already knew but can now confirm.

He keeps complimenting you

He keeps complimenting you, even on the days when there is nothing to compliment you on.

He never misses a chance to tell you how beautiful you are either, when he sees you are down and you need to hear it, or just because he is just expressing what is in his heart and on his mind.

He introduces you to his friends

And not just any friends, his male friends. This means he is proud to have you in his life and he is ready to show you off to anyone; his group of friends is the most important test he believes you will pass.

He doesn’t want to keep you a secret because he wants everyone to know he cares about you.

It’s clear that he is interested in you in a romantic way as soon as he asks about your romantic past.

He wants to get a glimpse into what you will be like as a romantic partner because he wants you to be one to him.

It’s more than obvious he has some kind of a burning desire to be with you since he’s asking all those questions that shouldn’t matter because they are in the past.

He wants to be sure you arrived home safe

Whenever you go out together, either he walks you home or he insists on you getting back to him to make him sure you arrived home safely.

He is protective of you because he cares about you. He wants to be sure that you are safe and he will do his best to keep it that way.

He is there for you when you’re in trouble

You know that he is the first person you will call when you get into trouble because you know he will be there in the blink of an eye.

He calls you or comes over when you’re sad and he won’t leave you until he is positive that you are feeling better.

Also, every time you have a problem, it’s like he has it, too. He puts his heart and soul into figuring it out like it’s happening to him, too.

He makes you his priority

If there is a situation where he has to choose between you and something else, he will choose you.

You will always be his first choice in everything. Moreover, he will always squeeze you into his schedule and will clear it if necessary.

He simply likes spending time with you more than anything else.

He respects your opinion even if it is different to his own. He will never put you down.

He will hear what you’ve got to say and take it into consideration even if he doesn’t agree with you.

He knows that you are a mature person who is entitled to have your own opinion just like he does.

He is always honest with you

He will always tell you what he thinks. Even if you don’t like it, he will tell you if he thinks you are making a mistake.

He cares for you and he doesn’t want to see you get hurt.

He wants to be honest with you because he wants you to love the real him and not just the exterior picture of him.

He always tells you when something is bothering him because he wants the two of you to solve it together and move on.