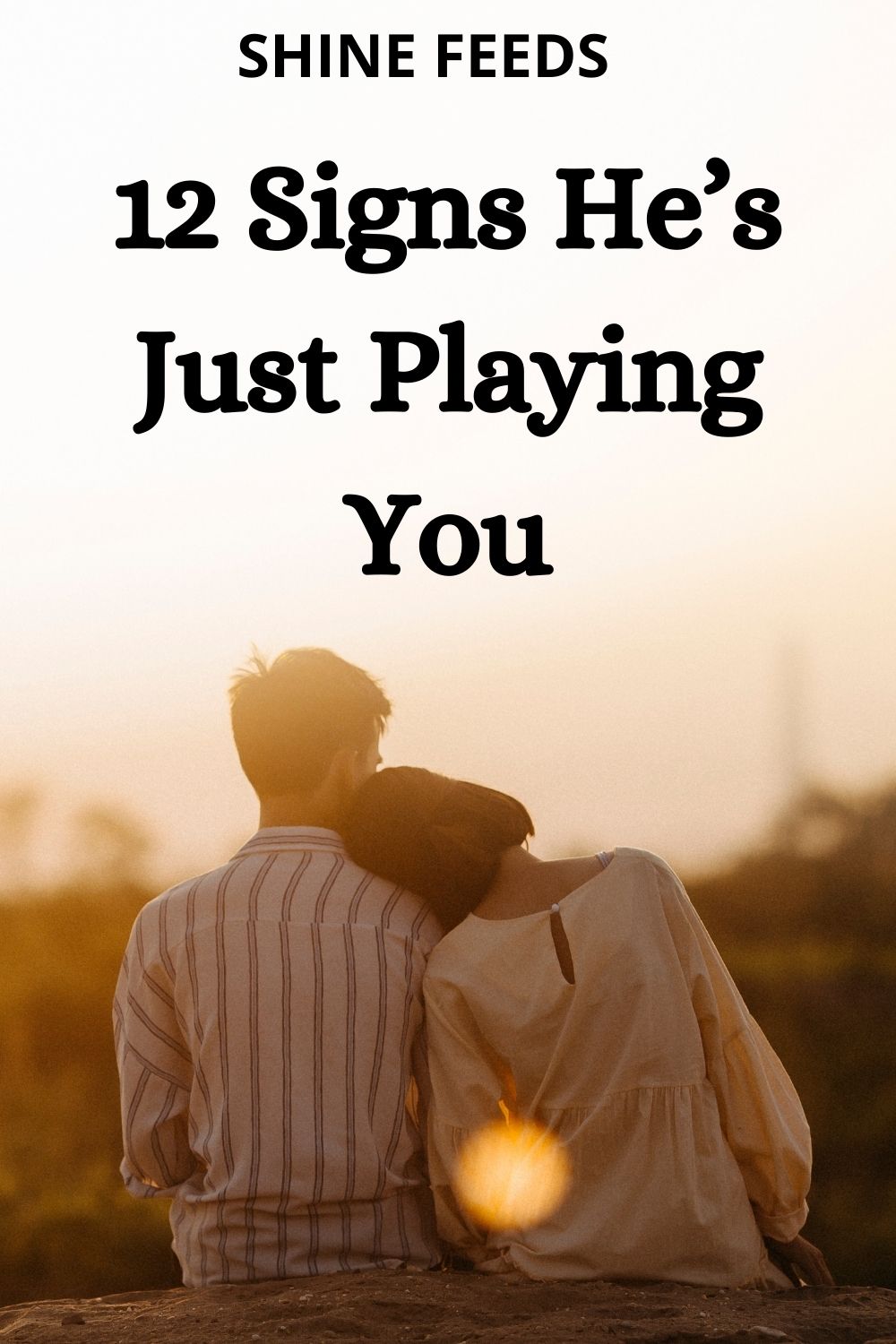 There are ways to recognize a player. As a matter of fact, he rarely even tries to hide who he is.

He’s so confident you won’t leave him that he doesn’t even care if you know he’s stringing you along.

Well, no more, because you coming here means you’re obviously suspecting something is wrong in your relationship. Fortunately, we’re here to help you find out if that’s true and how to fix it.

You’re expecting his call but it never comes. He tells you he’s going to call you later to make plans but he doesn’t.

Not thinking to call you, constantly forgetting to do so, or simply not wanting to talk to you at a certain moment definitely means you’re not a priority in his life right now.

2. He’s late all the time and doesn’t even call to let you know

Him being disrespectful about your time is a clear sign that your well-being is of no concern to him.

There are many reasons for someone to be late that cannot be controlled, but if he’s late all the time and doesn’t even make an effort to let you know so you can rearrange your time, then he clearly doesn’t care about you enough.

3. He doesn’t show up at all (and doesn’t call) when you have plans to see him

You make plans to see him and he’s a no-show. He doesn’t even call to tell you something happened that stopped him from coming.

This is something that’s unforgivable, except if he has an incredibly good reason (such as lying in the hospital bed, unconscious.)

4. There are rules about when you can see each other

If there are only certain times when he can see you, there’s something going on.

His weekly schedule may be pretty consistent, so he might usually have more free time on Wednesdays or on the weekends, but if you two exclusively meet on a certain day, he’s definitely keeping his time for something/someone else.

This is a clear sign he’s still playing the field and isn’t at all committed to you.

5. You know so much less about him than he does about you

Yes, many guys simply don’t talk much, but if you don’t know any details about his job, family, childhood, hobbies… he is definitely hiding something, or simply doesn’t want to get too close to you.

If he gives you vague answers about these topics, he doesn’t plan on getting too attached to you, so watch out. He’s letting you talk about yourself because that’s his game, not his honest intention to meet you.

6. …or you know way more about him than does about you

The good thing about this is that this guy isn’t much of a player, although he’s definitely not interested in anyone but himself.

If he can’t stop talking about his own life, giving you no time to tell him anything about yourself, there’s your red flag right there. He’s not out to hurt you, but he will.

7. His friends don’t seem to know he has a girlfriend

If he doesn’t invite you to spend time with his friends once in a while, it’s a clear sign he’s not so certain about his relationship with you.

Still, there’s an even worse scenario: He might be okay with you meeting his friends and joining him at parties, but never specifically introduces you as his girlfriend. Ouch.

8. Meeting his family is out of the question

Meeting someone’s family is a big deal, sure. This is not a red flag if you’ve only been dating for a short while.

But if you’ve spent quite a few months together and there isn’t a mention of meeting his family, there’s something to talk about.

Check with him first, though. He might have a good reason for not wanting you to meet them – there might be something going on in his family. Ask him for sincerity. Otherwise, it’s a mighty big red flag.

9. You never know anything about his whereabouts

You never know where he is, who he’s with, or when he’s coming back. If he doesn’t want to keep you in tune with his schedule, it means he’s not willing to commit to you or your relationship.

This thing where he constantly keeps you guessing is another red flag that tells you he’s keeping his options open. This is definitely not a path to a healthy relationship.

10. He never mentions any plans for the future that include you

If he never, ever mentions any plans with you in them, he invariably doesn’t see you in his future. People who are in love and committed make plans to spend time with each other on weekends, holidays, etc.

If there’s absolutely none of that in your relationship, your guy is not a keeper, nor does he want to be.

11. He has a lot of female friends

Sure, a guy can have a female friend, but… If he has a bunch of female friends and spends a lot of time with them, that is a red flag he’s playing you.

Honestly, a truly platonic male-female friendship is not something that’s seen very often, and a platonic friendship with many girls is almost impossible.

Guys in committed relationships have an issue of finding enough time to divide between their friends and girlfriend – why would he choose to spend that time with another woman (women)?

12. You feel like you’re too needy for your relationship to work

This one is the biggest red flag of them all. If you’re starting to fall into the mental trap of thinking everything is your fault, you’re off to an awful journey with him.

If you’ve started thinking that you’re simply asking for too much and you should be less needy, it’s time to take a good look at your relationship.

There’s no place for “If I only had more patience, he’d be better” or “If I only asked for less, he’d feel less trapped” kind of thoughts in healthy relationships.

So, what to do about a guy who strings you along?

This is the simplest, most effective strategy anyone can give you:

Step 1: Do not blame yourself.

Step 2: Do not change yourself.

Step 4: Never think that you could have changed him.

Step 5: Apply no contact rule, because once you give him a taste of his own medicine, he may start to think he made a mistake losing you and try to crawl back into your life.

Well, guess what? He did make a mistake and there’s no way you’re having him back because you know that he’s only going to hurt you again!