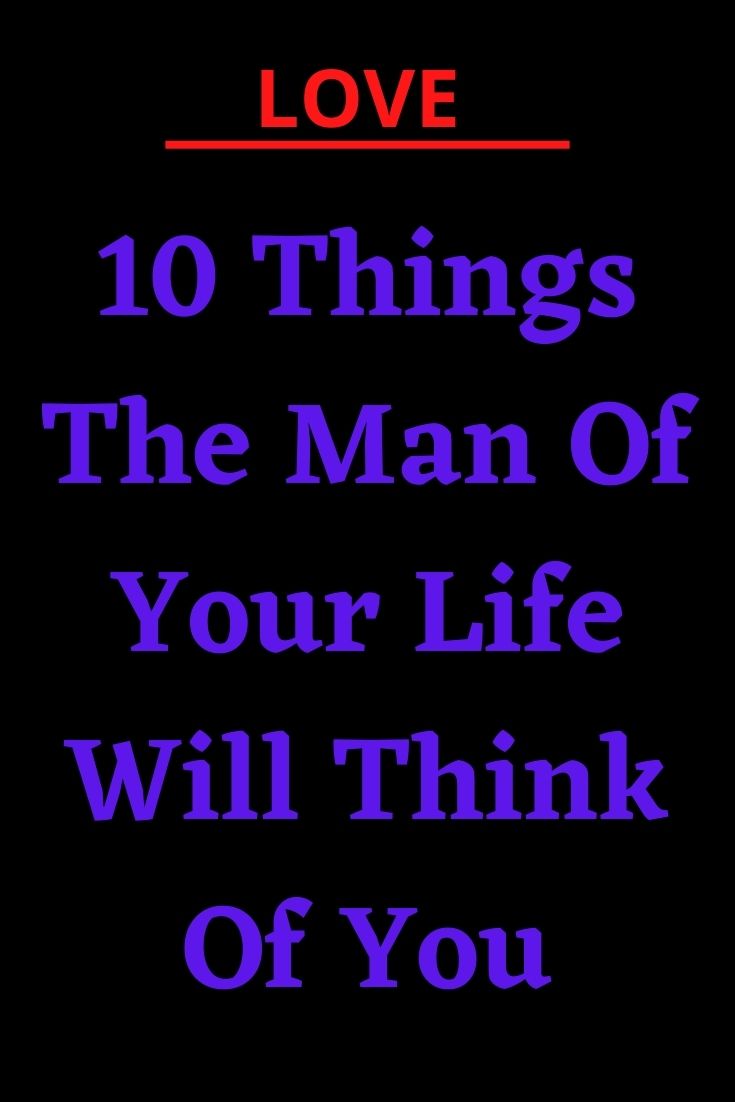 How to recognize your forever person, the man of your dreams, your once-in-a-lifetime love?

The man of your life will be astonished when he meets you, persistent to have you, respectful toward you, and kind and loving through difficult times with you.

These are 10 things he’ll think in his life with you.

“There’s no way she’ll ever be with me.”

When the man with whom you’re meant to spend the rest of your life first sees you across the bar or meets you in any way, he’ll like you immediately.

Something about you will draw him in, but his first thought will be that he can’t have you. He’ll be scared of rejection because that very instant, unknowingly, he’ll sense that you’re the one.

“How can she even be so beautiful?!”

When you spend more time together and get into long conversations, don’t be mad if it seems like he’s not even listening to what you’re saying.

He’s not disrespectful, he just can’t take his eyes off you. You’ll be the most beautiful person he’s ever seen and he’ll wonder how that’s even possible.

As he finds out new things about you and gets closer to you, he’ll start thinking that you must be a figment of his imagination. He won’t believe that it’s possible for someone so perfect to exist.

He’ll think that he can’t be so lucky to have met you and that it all must be one crazy dream because there’s simply no other explanation.

“I want her to know everything about me.”

When a man senses you’re the one, he’ll know that he can tell you everything. He’ll happily share everything about himself – his habits, history, dreams…

In the process of getting to know each other, he’ll probably find out about some not-so-amazing things about you or you’ll feel trusting enough to share all the burdens you’re carrying from your past.

He won’t care; he’ll still love you and want you in his life.

“I honestly don’t see any woman but her.”

He’ll be surprised that he doesn’t even notice other women. This is something that probably seemed impossible to him before meeting you, yet now it’s happening.

He’ll wonder what it is about you that makes him forget about any other woman, and feeling that for the first time will be incredibly powerful.

I’m not scared of committing to her.”

He will want to be attached to you. He’ll love and need you so much that all his commitment fears will disappear.

He’ll be afraid for a second because of how much he’s willing to give to you, but his thirst for having you in his life will be stronger.

“Can I be good enough for her?”

When you start to make plans for your future, he’ll get scared. He’ll wonder if he will be good enough for you and be able to make you happy.

The thought of disappointing you and making you sad is something he’ll dread the most. He’ll promise himself to be the best he can be and always strive to make you happy.

“I never even hoped for someone so perfect.”

He’ll question his expectations before you. What is it that he wanted in a woman before meeting you?

He won’t be sure, be he’ll know that he never could have expected to meet someone who’s so perfect for him – not in his wildest dreams.

He’ll be grateful to have met you and to have the honor of calling you his girlfriend, his wife, his love.

“I can’t imagine my life without her.”

Just like any other couple, you’ll have difficulties. No matter what happens though, he’ll always try to solve your problems and save your relationship.

Ultimately, his life wouldn’t make any sense without you in it, and he’ll be smart enough to know that.